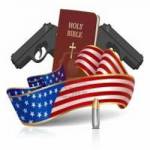 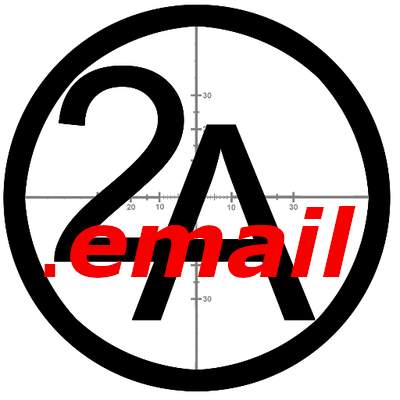 Email address for 2A | 2A.email Email addresses for those brave enough to show their support of their Second Amendment rights
¡ Ingresa para dar Like, Comentar, Seguir y muchas cosas ms !

The Bill of Rights

Amendment I Congress shall make no law respecting an establishment of religion, or prohibiting the free exercise thereof; or abridging the freedom of speech, or of the press; or the right of the people peaceably to assemble, and to petition the government for a redress of grievances.

Amendment II A well regulated militia, being necessary to the security of a free state, the right of the people to keep and bear arms, shall not be infringed.

Amendment III No soldier shall, in time of peace be quartered in any house, without the consent of the owner, nor in time of war, but in a manner to be prescribed by law.

Amendment IV The right of the people to be secure in their persons, houses, papers, and effects, against unreasonable searches and seizures, shall not be violated, and no warrants shall issue, but upon probable cause, supported by oath or affirmation, and particularly describing the place to be searched, and the persons or things to be seized.

Amendment V No person shall be held to answer for a capital, or otherwise infamous crime, unless on a presentment or indictment of a grand jury, except in cases arising in the land or naval forces, or in the militia, when in actual service in time of war or public danger; nor shall any person be subject for the same offense to be twice put in jeopardy of life or limb; nor shall be compelled in any criminal case to be a witness against himself, nor be deprived of life, liberty, or property, without due process of law; nor shall private property be taken for public use, without just compensation.

Amendment VI In all criminal prosecutions, the accused shall enjoy the right to a speedy and public trial, by an impartial jury of the state and district wherein the crime shall have been committed, which district shall have been previously ascertained by law, and to be informed of the nature and cause of the accusation; to be confronted with the witnesses against him; to have compulsory process for obtaining witnesses in his favor, and to have the assistance of counsel for his defense.

Amendment VII In suits at common law, where the value in controversy shall exceed twenty dollars, the right of trial by jury shall be preserved, and no fact tried by a jury, shall be otherwise reexamined in any court of the United States, than according to the rules of the common law.

Amendment VIII Excessive bail shall not be required, nor excessive fines imposed, nor cruel and unusual punishments inflicted.

Amendment IX The enumeration in the Constitution, of certain rights, shall not be construed to deny or disparage others retained by the people.

Amendment X The powers not delegated to the United States by the Constitution, nor prohibited by it to the states, are reserved to the states respectively, or to the people.

Today we stand on the brink of a runoff election, threatening to tip the balance of the United States Senate away from the Republic of the founders, and toward the proverbial “democracy” of three wolves and a lamb, voting on what to have for dinner.

There is no reason to believe the Bill of Rights will survive such a transition.
The Founding Fathers ratified the United States Constitution on June 21, 1788. In so doing, our forebears bestowed on generations yet unborn, a governing system unique in all history. A system of diffuse authority, checks and balances, and authority delegated but Never relinquished, by a sovereign electorate.

Today the American system is often described as “democracy”. That description is in error.

Ambrose Bierce once described Democracy as four wolves and a lamb, voting on what to eat for lunch. The founders gave us a Constitutional Republic.

The genius of such a Republic is demonstrated in a system which protects the rights of All citizens, including that individual. The proverbial lamb. The specifics are enumerated in our bill of rights, twelve amendments adopted by the first Congress on September 25, 1789 and sent to the states, for ratification.
Even at the Constitutional Convention, delegates expressed concerns about the larger, more populous states holding sway at the expense of the smaller states. The “Connecticut Compromise” solved that problem, creating a bicameral legislature with proportional representation in the lower house (House of Representatives) and equal representation of the states themselves in the upper house (Senate).
https://todayinhistory.blog/20....20/12/15/december-15

Today we stand on the brink of a runoff election, threatening to tip the balance of the United States Senate away from the Republic of the founders, and toward the proverbial "democracy" of three wolves and a lamb, voting on what to have fo
¡ Ingresa para dar Like, Comentar, Seguir y muchas cosas ms !

On December 15, 1791, the new United States of America ratified the Bill of Rights, the first ten amendments to the U.S. Constitution, confirming the fundamental rights of its citizens.

¡Ya has calificado esta página!