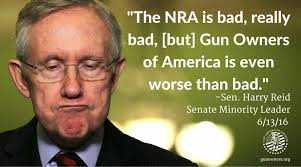 Poll: HALF OF AMERICA IS PREPPING FOR A 'CIVIL WAR'

Three of five Americans believe the nation is on the verge of a civil war, and more than half already are preparing for it, according to a new poll.

"Predictably, it's the political extremes who are most ready for war, with 52% of very liberal, 52% of very conservative, 32% of somewhat liberal, 34% of moderate, and 35% of somewhat conservative respondents saying they believe the statement 'I'm concerned that the U.S. could be on the verge of another civil war,'" Bedard wrote.

The poll by Engagious, Sports and Leisure Research Group and ROKK Solutions found 61% of Americans believe the U.S. is nearing a second civil war. Forty-one percent "strongly agree" with that. And 52% are "so convinced that it is just around the corner, or after Election Day, that they are putting away food and other essentials."

The coronavirus pandemic is a contributing factor, he said, because many believe it will spike again, and food and other essentials will become scarce.

Anti-gunners are trying to rig the system to take away your rights.

Please add your name to our pre-written letters to your Senators, urging them to vote against H.R. 1 and amnesty for 20 million illegal aliens.
https://oneclickpolitics.globa....l.ssl.fastly.net/mes

Now, anti-gunners are trying to ensure there’s nothing you can do to stop them by inviting voter fraud into our elections AND adding up to 20 million new anti-gun voters by granting amnesty to illegal aliens.

Pelosi’s House recently passed H.R. 1 -- a nightmare bill that would cancel voter ID laws in every state, legalize ballot harvesting, and weaponize the IRS and FEC against you.

We need your help urging Kamala’s Senate Majority to VOTE NO on both H.R. 1 and amnesty.

We need your help urging Kamala’s Senate Majority to VOTE NO on both H.R. 1 and amnesty.

Monday on FNC's "Tucker Carlson Tonight," Rep. Chip Roy (R-TX) warned of dire consequences if Republicans fail to hold on to the two U.S. Senate seats up in Georgia on Tuesday.

“But here’s the thing: What happens tomorrow in Georgia — if we have Democratically-controlled Senate — we’re now basically at full-scale hot conflict in this country, whereas right now we’re in a cold civil war. We’ve got a major problem in this country where the American people — regular people that are out there working every day, hardworking Americans that are getting trampled by a system that is rigged against them, as you said. That is what is at stake, and if the American people in Georgia — if Georgians don’t show up and ensure we hold the Senate in Republican hands, then that’s what’s happening. Two additional votes coming out of the Senate in Washington, D.C. and Puerto Rico, and they lock it down for good.”
Please log in to like, share and comment!

WWL reported that the alleged robber walked into the store around 9:30 p.m. and demanded money from a female employee.

At that point, the employee who stocks coolers got involved. Hingel said, “The cooler man pushed the girl on the ground and went behind the wall a bit and came out and told the man get on the floor. And the guy started shooting at him again.”
Please log in to like, share and comment!
Load more posts

Gun Owners of America (GOA) is a non-profit lobbying organization formed in 1975 to preserve and defend the Second Amendment rights of gun owners. GOA sees firearms ownership as a freedom issue.

GOA’s Board is not satisfied with the “status quo.” Americans have lost some of our precious gun rights and we want them back! This is why GOA is considered the “no compromise” gun lobby.

GOA has never wavered from its mission to defend the Second Amendment.

Over the last 30 years, GOA has built a nationwide network of attorneys to help fight court battles in almost every state in the nation to protect gun owner rights. GOA staff and attorneys have also worked with members of Congress, state legislators and local citizens to protect gun ranges and local gun clubs from closure by overzealous government anti-gun bureaucrats.

Strength Comes With Numbers
The more concerned Americans join Gun Owners of America, the more we can do to protect the Second Amendment and our freedom. We need you! 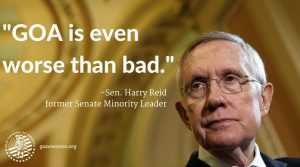