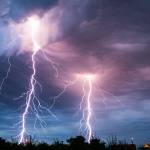 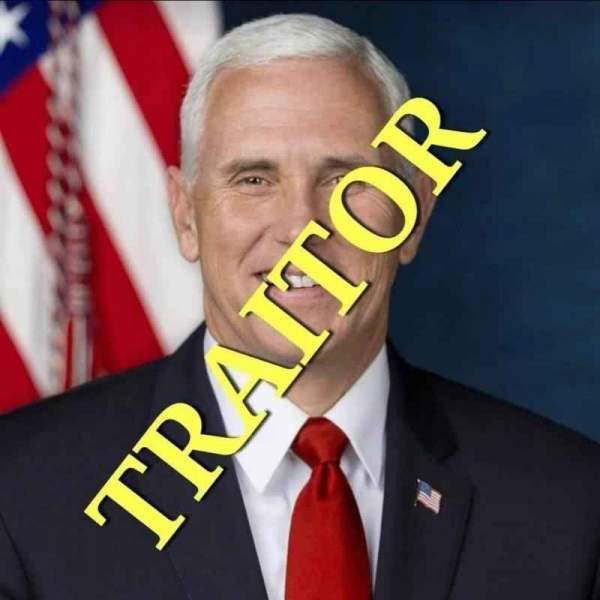 U R G E N T. DO NOT BRING GUNS TO WASHINGTON THERE IS A SET UP TO GET TRUMP SUPPORTERS IN JAIL...YOU OUGHT TO CONSIDER EVEN WHETHER YOU WANT TO GO AND WHAT FOR???? the plan is to assassinate as man Trump supporters as possible. WHAT HAS BEEN ESTABLISHED IS THAT WE ARE NO LONGER A NATION OF LAW, THE JUDICIARY REFUSES TO EXAMIN EVIDENCE, THE VOTING RIGHTS HAVE BEEN REMOVED FROM US, LOOK AT CORRUPTED LINDSEY OR PENCE, THEY DON'T EVEN CARE TO EXPLAIN, THE LETTER THEY RETURN TO ME SAYS THAT "I will continue to serve the country etc. etc.bla bla" didn't even care to respond to any questions or to address the danger of tech monopoly etc. etc. My ADVISE don't go...there's nothing for us there...unless president Trump pulls the trigger to stop the criminals...we can't fight the military, the judicial, the politicians, the police and the corruption of DC YOU CAN ONLY BECOME A VICTIM. MY SUGGESTION IS STAY OUT OF IT. THERE IS A TRAP THERE FOR YOU.

UNDER NO CIRCUNSTANCE TAKE ANY WEAPONS WITH YOU. YOU WILL BE FRAMED YOU WON'T BE ABLE TO GET TO SEE A JUDGE AND EVEN IF YOU DO, THEY ARE ALREADY COORDINATING WITH THE FBI THAT IS PLOTTING TO KILL TRUMP SUPPORTERS. STAY OUT OF PROTEST....ANTIFA IS COMING...POLICE IS READY....MILITARY...ALL TO KILL TRUMP SUPPORTERS OF MADE AN EXAMPLE OUT OF IT AND THE RESPONSE WILL BE 'SEE WHAT GUNS CAN DO?" AND THE WHOLE CRIME WILL BE COMMITTED BY CONTRACTORS, ASSASSIN THAT HAD WORKED WITH AND FOR DEMOCRATS AND FOMENT WARS FOR YEARS...SO, STAY OUT OF IT..THERE IS NOTHING FOR US THERE.

Will the earth be destroyed one day?

No, the planet Earth will never be destroyed, burned or replaced. According to the Bible, God created the earth to be inhabited forever.

"The righteous themselves will possess the earth, and they will dwell on it forever" (Psalm 37:29).

"[God] has founded the earth on its firm places; it will not be shaken for an indefinite time or forever" (Psalm 104:5).

"The earth even endures for an indefinite time" (Ecclesiastes 1:4).

"The maker of the earth and who made it, HE who gave it firmness, who did not create it simply in vain, who formed it that it might also be inhabited" (Isaiah 45:18).

Will man destroy the earth?

God will not allow man to completely destroy the earth, whether through pollution, wars, or any other means. Rather, He will "destroy those who destroy the earth" (Revelation 11:18). How will God accomplish this?

God will replace human governments that have proven incapable of protecting nature. How? Through a perfect government in heaven, God's Kingdom (Daniel 2:44; Matthew 6:9, 1. At the head of this government is God's Son, Jesus Christ (Isaiah 9:6, 7). When Jesus was on earth, he demonstrated his superhuman abilities in mastering the forces of nature (Mark 4:35-41). In the future, too, he will completely control the elements of the earth. As the God-appointed King, Jesus will restore the earth to its original state - as it once was in the Garden of Eden (Matthew 19:28; Luke 23:43).
Doesn't the Bible teach that the earth will be burned with fire?

No. However, this conclusion is reached by some who misunderstand the text of 2 Peter 3:7. There it says, "But by the same word the heavens and the earth, which are now, are reserved for fire." To understand the verses correctly, there are two important points to note:

In the Bible, the terms "heavens," "earth," and "fire" have more than one meaning. For example, Genesis 11:1 says, "Now the whole earth continued to have one language." Here, "earth" refers to human society.

The context of 2 Peter 3:7 helps to identify the meaning of the terms heaven, earth, and fire. Verse 5 and 6 draws a parallel with the time of Noah. With the Flood, an ancient world was destroyed, but it was not our planet that disappeared, but a violent society or "earth" (Genesis 6:11). "Heavens" were also destroyed, that is, people who ruled society at that time. So the destruction was to evil people, not to planet earth. Noah and his family survived the destruction of the world at that time and continued to live on earth after the flood (Genesis 8:15-18).

Similar to the Flood, the destruction, or "fire," of 2 Peter 3:7 will mean the end of wicked people, not the earth itself. God promises "new heavens and a new earth" in which "righteousness will dwell" (2 Peter 3:13). The "new earth," or new human society, will be ruled by a "new heaven," a new leadership - God's Kingdom. Under this government, the earth will once again become a peaceful paradise (Revelation 21:1-4).

What is meant by Jesus and His Father being one?
Jesus said, "I and the Father are one" (John 10:3. Sometimes this text is quoted to prove that Jesus and his Father belong to a Trinity. Is this what Jesus was trying to say?
A look at the preceding verses may help. In verse 25, Jesus mentioned that he was acting on behalf of his Father. In verse 27 to 29, he spoke of "sheep" given to him by his Father. Both of Jesus' statements would have made little sense to his listeners if his father and he were one and the same person. What Jesus really meant to say was, "My Father and I are so closely connected that just as no one can snatch the sheep out of my Father's hand, he can no more snatch them out of mine." It's like a son saying to someone who wants to attack his father, "If you attack my father, you attack me." No one would get the idea that father and son are one and the same person because of that. But everyone would recognize from this that there is a very close bond between the Father and the Son.
Jesus and his Father, Jehovah God, are also in complete agreement in their goals and values. In this sense, too, they are "one." Unlike Satan and the first human beings, Adam and Eve, Jesus never wanted to be independent of God. He himself said: "The Son can do nothing of himself, but only what he sees the Father doing. For whatever He does, the Son also does in like manner" (John 5:19; 14:10; 17:8).
However, this strong bond between God and His Son Jesus does not mean that they are not different from each other. They are two individual beings and both have distinct personalities. Jesus has his own feelings, thoughts and experiences and can make decisions on his own. However, he chose to subordinate his will to his Father's will. According to Luke 22:42, Jesus said, "Not my will, but yours be done." This saying would make no sense if Jesus' will could not differ from His Father's. Furthermore, if Jesus and his Father were really one and the same, the question would arise as to why Jesus prayed to God. And why did he humbly admit not knowing some things that his father knew? (Matthew 24:36).
In many religions, people worship quarrelsome gods who even fight their families. Kronos, for example, a god of Greek mythology, is said to have defeated his father Uranos and devoured his own children. What a contrast to this is the unity and loving bond that exists between Jehovah God and his Son Jesus! Do we humans not feel drawn to them as a result? We even have the incomparable honor of "being in communion" with the highest personalities of the universe. Jesus asked his Father that his disciples "all be one, just as you, Father, are in fellowship with me and I am in fellowship with you, that they also may be in fellowship with us" (John 17:20, 21).
Thus, when Jesus said, "I and the Father are one," he was not speaking of a mysterious Trinity, but of a miraculous unity - the closest fellowship that can exist between two persons.