SORRY... AS YOU CAN SEE YOUTUBE IS STARTING TO CENSOR OUR HISTORY. THEY DON'T WANT YOU TO KNOW THAT THE PLYMOUTH COLONY STARTED OUT AS A SOCIALIST PROJECT AND FAILED. HALF OF THE PEOPLE DIED DURING THE FIRST YEAR. AT THAT POINT, GOVERNOR BRADFORD CHANGEd TO A CAPITALIST PHILOSOPHY AND THEY ALL PROSPERED. YOUTUBE DOESN'T WANT YOU TO KNOW THAT SOCIALISM FAILED AND CAPITALISM FLOURISHED SO I WON'T TELL YOU.

"The Fabian Society is a British socialist movement, whose purpose is to advance the principles of Democratic socialism via gradualist and reformist, rather than revolutionary, means. It is best known for its initial ground-breaking work beginning late in the 19th century and continuing up to World War I. The society laid many of the foundations of the Labour Party and subsequently affected the policies of states emerging from the decolonisation of the British Empire, especially India. The emblem of the society is the proverbial wolf in sheep's clothing.
Today, the society is a vanguard think tank of the New Labour movement. It is one of 15 socialist societies affiliated to the Labour Party. The group, which favoured gradual change rather than revolutionary change, was named -- at the suggestion of Frank Podmore -- in honour of the Roman general Quintus Fabius Maximus. His Fabian strategy advocated tactics of harassment and attrition rather than head-on battles.
Immediately upon its inception, the Fabian Society began attracting many prominent contemporary figures drawn to its socialist cause, including George Bernard Shaw, H. G. Wells, Annie Besant, Graham Wallas, Hubert Bland, Edith Nesbit, Sydney Olivier, Oliver Lodge, Leonard Woolf and Virginia Woolf, Ramsay MacDonald and Emmeline Pankhurst. Even Bertrand Russell briefly became a member, but resigned after he expressed his belief that the Society's principle of entente (in this case, countries allying themselves against Germany) could lead to war.
At the core of the Fabian Society were Sidney and Beatrice Webb. Together, they wrote numerous studies of industrial Britain, including alternative co-operative economics that applied to ownership of capital as well as land.
The first Fabian Society pamphlets advocating tenets of social justice coincided with the zeitgeist of Liberal reforms during the early 1900s. The Fabian proposals however were considerably more progressive than those that were enacted in the Liberal reform legislation. The Fabians lobbied for the introduction of a minimum wage in 1906, for the creation of a universal health care system in 1911 and for the abolition of hereditary peerages in 1917.
Fabian socialists were in favour of an imperialist foreign policy as a conduit for internationalist reform and a welfare state modelled on the Bismarckian German model; they criticised Gladstonian liberalism both for its individualism at home and its internationalism abroad. They favoured a national minimum wage in order to stop British industries compensating for their inefficiency by lowering wages instead of investing in capital equipment; slum clearances and a health service in order for "the breeding of even a moderately Imperial race" which would be more productive and better militarily than the "stunted, anaemic, demoralised denizens...of our great cities"; and a national education system because "it is in the class-rooms that the future battles of the Empire for commercial prosperity are already being lost".
The Fabians also favored the nationalisation of land, believing that rents collected by landowners were unearned, an idea which drew heavily from the work of American economist Henry George.
Many Fabians participated in the formation of the Labour Party in 1900 and the group's constitution, written by Sidney Webb, borrowed heavily from the founding documents of the Fabian Society. At the Labour Party Foundation Conference in 1900, the Fabian Society claimed 861 members and sent one delegate.
In the period between the two World Wars, the "Second Generation" Fabians, including the writers R. H. Tawney, G. D. H. Cole and Harold Laski, continued to be a major influence on social-democratic thought.
It was at this time that many of the future leaders of the Third World were exposed to Fabian thought, most notably India's Jawaharlal Nehru, who subsequently framed economic policy for India on Fabian social-democratic lines. Obafemi Awolowo who later became the premier of Nigeria's defunct Western Region was also a Fabian member in the late 1940s. It was the Fabian ideology that Awolowo used to run the Western Region but was prevented from using it on a national level in Nigeria. It is a little-known fact that the founder of Pakistan, Barrister Muhammad Ali Jinnah, was an avid member of the Fabian Society in the early 1930s. Lee Kuan Yew, the first Prime Minister of Singapore, stated in his memoirs that his initial political philosophy was strongly influenced by the Fabian Society. However, he later altered his views, believing the Fabian ideal of socialism to be impractical.
Among many current and former Fabian academics are the late political scientist Bernard Crick, the late economists Thomas Balogh and Nicholas Kaldor and the sociologist Peter Townsend." - Wikipedia 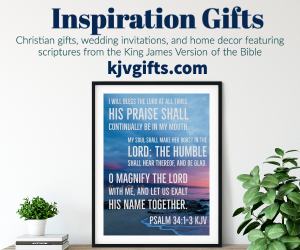 Just the Facts about Socialism as told by people who have lived through it. It's a War between Good & Evil.
How much evidence does a rational person need?