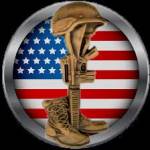 How to become an American Citizen:
https://www.usa.gov/become-us-citizen
🙋 Citizenship and its Privileges:
https://www.haasjr.org/perspec....tives/citizenship-pr
✔️ Register to vote online:
https://www.vote.org/register-....to-vote/?gclid=Cj0KC

📢🔸ⵌ𝟏 Socialists, Communists, White Supremacists, RadFems, Anarchists and their radical/reactionary dross are not welcomed here if they are unable to consider and tolerate the Conservative point of view.

📢🔸ⵌ𝟐 We debate ideas here and will not allow threats or threats of violence. If you cannot express your beliefs without belligerence, you will be blocked from use of this venue.

📢🔸ⵌ𝟑 No bashing of religious ideology. We are a mixed bag of faiths-Christianity, Atheist, Jewish, etc. We should unite and not be divided. Cults are not a religion. NO Racist or Homophobic posts allowed.

📢🔸ⵌ𝟓 Trolling or abusive messaging will get you permanently blocked. Debating and heated discussions are expected occasionally. Try to be cool. Insults are discouraged.

📢🔸ⵌ𝟲 Sharing contact information and/or personal information is between friends and with mutual consent.

📢🔸ⵌ𝟕 Phishing or luring members to join other groups is prohibited. Selling or gofundme campaigns are not allowed. There will be no advertising unless posted by USA Life or approved by The Group Administrator.

Thus is the meticulous routine performed by the select few chosen for the honor of guarding the Tomb of the Unknown Soldier, located in Arlington National Cemetery, just outside of Washington, D.C. These Tomb Guard Sentinels, elite volunteer members of the U.S. Army's 3rd U.S. Infantry Regiment, watch the Tomb 24 hours a day, 365 days a year, rain or shine -- and have done so for almost 80 years.

The Tomb of the Unknown Soldier was constructed in 1921, after Congress approved the burial of an unidentified U.S. soldier from World War I, with other Unknowns interred since. The Tomb has been guarded year-round continuously since 1937, when the first 24-hour guards were posted. Since April 1948, sentinels from the 3rd U.S. Infantry Regiment, also known as the "Old Guard," have been watching over the hallowed memorial.

🌠🗽🐯 On October 25, 2007, near the Korengal Valley in Afghanistan, Specialist Salvatore Giunta sought out and recovered a fellow soldier who was being dragged away by two Taliban. He was awarded the Medal of Honor exactly three years later, making him the first living recipient of the Medal since the Vietnam War.

🌠🗽🐯 On November 18, 1967, Private First Class Sammy Davis, wounded and under intense enemy fire, crossed a river to rescue three wounded soldiers near Cai Lay, Vietnam. On November 19, 1968, Davis received the Medal of Honor. The footage from that day as well as Davis's citation were used as source materials for the film Forrest Gump.