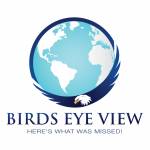 Disgusting!! I know a ton of Real Men/ veterans in this country who are revolted by this idea.

Its one thing for a woman to feel she can serve in the military but its another thing to take all women and make them serve when they physically cannot keep up with the rigors of war.

What a joke to America and all we stand for. What happens next, will we use our kids to walk through fields of bombs to clear them for us???? Are you going to use them for a human shield?? This is the new pansy military under Biden! No strength or Honor!

Senate Panel Votes to Require Women to Register for Draft

Today is an important day, we have a live Falun Gong parade in Washington DC to peaceful protests the persecution of Falun Gong and forced organ harvesting there. A Well documented crimes against humanity by the Chinese Communist Party.

The world is speaking now... we no longer want these communist governments who harm humanity at large!

Sign the petition and join the world's voice to reject his insidious ideology that is the enemy of humanity at large!

Another great video... is it all connected?
"Before his Epstein-like "suicide", tech billionaire, John McAfee, said he had 31 TB of incriminating evidence on the U.S. government which he would release the instant they killed him. Was he telling the truth?"
Copied from Tony Langstone
"So John Macafee was a billionaire anti virus creator. He was able to monitor government bodies in America. He had huge amounts of data on human trafficking within the immigration department & drug trafficking within the CIA. The building which collapsed in Florida housed one of his apartments.
Macafee was found dead in a prison cell only recently. He created something called a deadman’s switch, for if he died, all information he held against these criminals would be released to various media. "
https://rumble.com/vj1mjv-has-....mcafees-dead-mans-sw

Biden's 100 Days in office are a disaster & a clear picture of the level that this Admin and group will go to to destroy the American fabric of life.....He aligns with every Global Elitists plan to take America down. We can no longer call this group of people working with Biden Americans!! They are anti American!

This audit will be ruined now with this Judge, who is a handpicked Deep State lackey. Plus he worked for the Law Firm that funded by the DNC and Hilary Clinton (Perkins & Coie) They are one big crime family and we all now it .. When will justice prevail in this country???

Quote:
"A new judge has been assigned to oversee a legal challenge to a Senate-led audit of votes in Arizona’s largest county for the 2020 presidential election, the Superior Court of Arizona in Maricopa County announced Monday.

Judge Daniel Martin will be taking over the case after Maricopa County Superior Court Judge Christopher Coury, a Republican appointee, recused himself from the legal challenge on April 25.

Martin, who was appointed to the bench in 2007 by Democratic Gov. Janet Napolitano, is currently assigned to the civil division after having previously been assigned to the family, criminal, and juvenile court departments.

According to Martin’s Superior Court biography, he formerly worked as an associate at the law firm Brown & Bain—which merged with Perkins Coie—a leading pro-Democrat law firm—in 2004, after Martin’s time at the firm. Election attorney Marc Elias is a partner at that law firm, chair of Perkins Coie’s Political Law Group, and one of the Democratic Party’s top lawyers."

A true fighter never gives up...a good lesson to people now days. You have to hold your ground for real change to happen! 4 Years was just the beginning...

Excerpt:
"Former President Donald Trump is focused on helping Republicans flip the House of Representatives in 2022 but is also mulling another presidential run two years later.
“We are going to help with the House. I think we have a really good chance. I’m working with everybody, including [House Republican Leader] Kevin McCarthy, in taking back the House. I think we have a really good chance,” Trump said during an interview with Fox News’ Sean Hannity that aired late April 19.
Wresting back control of the Senate will be harder, but Trump and his team plan to help with that as well.
“If they need a rally, we’ll do a rally. We’ll do calls, we’ll do all sorts of things. No, no—we’re all in,” Trump told Hannity."

We are two friends on Youtube talking about what is missing in the new and we are exposing the Points of Control ruling our world!