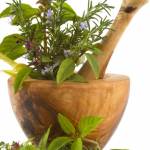 SUMMARY: Since the MSM lies and issues propaganda for the FRAUDULENT Biden Administration, be sure to read up on the GoF Fauci lied to Congress in funding Wuhan Lab a CCP bioweapon developer. READ DETAILS: https://bit.ly/3E9VKW1
#fauciliedpeopledied #ccpwuhanbioweapon

SUMMARY: Have you ever seen the movie “The Manchurian Candidate”? For a little clarity The Manchurian Candidate was first a 1959 novel, then a 1962 movie and finally to date a 2004 movie remake. You will not it this way from the Left-committed Wikipedia which I acquired the dates. NVERTHELESS, the movie (1962 is the best) is about how the Chinese Communist Party (CCP) and Communist Soviets brainwashed captured American soldiers in the Korean War to be planted back in the USA with a groomed to manipulate one of those soldiers to become POTUS via Machiavellian politics and assassinations.

The CCP and Dem-Marxists are undergoing The Manchurian Candidate experiment – QUITE SUCCESFULLY in my opinion – upon Americans with COVID brainwashing to accept the will of the transformed Big Brother State making Government-think the only reality.

Time is slipping away now seemingly daily for Americans to reclaim the heritage our Founders initiated.

Below are two relatively recent articles followed by a few videos awakens a few to refuse the brainwashing: https://bit.ly/3G10teH
#manchuriancovidbrainwashing

John R. Houk, Blog Editor © October 18, 2021   Have you ever seen the movie “ The Manchurian Candidate ”? For a little clarity The...
Bitte melde dich zuerst an!

When will Americans – even Left-oriented – AWAKEN that the government is using science LIES to control YOUR lives? The Jab – aka mRNA injection – DOES NOT protects effectively from a virus AND has harmful side effects on a scale that should have had its usage terminated LONG AGO! Here are some facts that are NOT Conspiracy Theory: https://bit.ly/3DoFaSe
#covidandvaxliars

Medical Tyranny – COVID Tyranny – WAKE-UP!   When will Americans – even Left-oriented – AWAKEN that the government is using science LIES...
Bitte melde dich zuerst an! 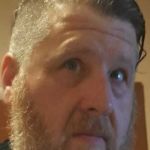 REAL Healthcare information to combat all the crap we hear from so-called experts in the "healthcare" industry.