Should we worship God with the help of cult images?
How God Thinks About Religious Images
Cult images refer to representations or symbols of some kind that are used for devotion or worship. They include crosses, statues, pictures, flags, or images of anything in heaven or on earth.
Using such objects for religious purposes was common thousands of years ago. Therefore, as early as 1513 BCE, when God gave the newly founded nation of Israel the Ten Commandments, He explicitly stated how He felt about religious images. He said, "You shall not make for yourself a carved image or a likeness of anything that is in the heavens above or that is in the earth beneath or that is in the waters under the earth. You shall not bow down to them nor be deceived into serving them, for I, Jehovah your God, am a God who demands exclusive devotion" (Exodus 20:4, 5).
God's prohibition, interestingly, consisted of two parts: First, His servants were not allowed to make images for themselves to worship, and second, they were not allowed to "bow down to them," that is, serve them. Why does our Creator forbid the making of such images? Not making an image of God is due in no small part to the fact that no human being has "ever seen God." Jehovah is not made of matter, but is a spirit and exists in the invisible realm (John 1:18; 4:24). The reason for not forming a picture of anything is that God demands "exclusive devotion." He says, "To none else will I give my own glory, nor my praise to hewn images" (Isaiah 42:8). Therefore, it is also wrong to make an image as an aid to worshiping God. When Aaron, a leading Israelite, once did this, Jehovah was deeply offended (Exodus 32:4-1.
Why not bow down to them?
About idols, the Bible says, "A mouth they have, but they cannot speak; eyes they have, but they cannot see; ears they have, but they cannot hear." This is followed by the sobering warning, "Those who make them will become like them" - namely, lifeless! (Psalm 115:4-8).
Worshipping idols is also simply not fair. Suppose you gave your child an expensive gift. How would you feel if it went away and thanked a complete stranger (or even an inanimate object) for it? What then must our Creator, who gave us life, feel when others - even inanimate idols - receive the worship and honor due Him? (Revelation 4:11).
Consider, too, how man, originally made in the image of God, deprives himself of dignity when he worships an inanimate object! (Genesis 1:27). About persons who did just that, the prophet Isaiah wrote: "Before the work of someone's hands they bow down, before what someone's fingers have made. And the man of the earth bows down, and the man is humbled, and you [Jehovah God] cannot possibly forgive them" (Isaiah 2:8, 9).
Even more repulsive is the false worship for God, because in doing so, in reality, His enemies, the demons, are being worshipped! When the Israelites turned away from Jehovah and began to worship idols, they "went to sacrifice to demons, not to God," says Deut. 32:17.
Did the first disciples of Jesus Christ worship religious images? Did they use them to help them worship God? No. John, an apostle of Jesus, wrote, "Little children, beware of idols" (1 John 5:21). In a book on early church history up to the death of Constantine, it is said, "The first Christians could hardly have hated anything more than the worship of images" (Early Church History to the Death of Constantine).
Worshiping God in the right way
Jesus said that "true worshipers will worship the Father with spirit and truth; for indeed, the Father seeks such as these as his worshipers" (John 4:23). So God wants us to know Him as a person-what He likes, what He dislikes, what His standards are, and what He intends to do with us (John 17:3). After all, that's why he had the Bible written down (2 Timothy 3:16). And because God "is not far from each one of us," we can pray to him always and everywhere without needing religious images (Acts 17:27). 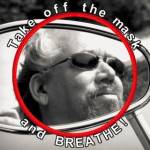 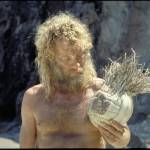 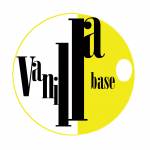 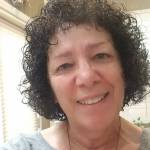