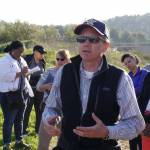 NEW DISCOVERY in JERUSALEM'S CITY OF DAVID -- In 2004, a sewage pipe burst in the middle of the neighborhood of Silwan in southeast Jerusalem. The municipality sent in a crew of construction workers to fix the leak, and as is the case in Jerusalem and especially in neighborhoods adjacent to the Old City, they were accompanied by a team of archeologists.

As the repairs progressed, the construction workers stumbled upon some long and wide stairs a few dozen meters from where the Shiloah – the ancient pool Jewish pilgrims would dip in before beginning the religious ascent to the Temple, until its destruction in 70 CE – was believed to have once stood. The steps were just like the ones that lead to the Hulda Gates, a set of now blocked entrances along the Temple Mount’s Southern Wall.

Discovery of the Shiloah Pool led to another monumental find – the central water drainage channel that had served ancient Jerusalem. This channel is the tunnel that visitors to the City of David – known as Ir David – get to walk through today, starting at the bottom of the Shiloah and emerging about 45 minutes later next to the Western Wall.

As is often the case with archeology, though, the first discovery or two are just the beginning. That is how a few weeks ago I found myself on an exclusive tour of an ancient road dug out beneath the village of Silwan and above the now well-known water channel (also the place where Jewish rebels made a final stand against the Roman invaders).

The ancient street is referred to as “Pilgrimage Road,” since archeologists are convinced that this is the path millions of Jews took three times a year when performing the commandment of aliyah l’regel – going up to the holy city of Jerusalem to bring sacrifices to God during Judaism’s three key holidays, Passover, Shavuot and Sukkot.

The Pilgrimage Road goes all the way from the Shiloah Pool to the area adjacent to the Western Wall known as Robinson’s Arch, where today you can still see remnants of the ancient stairway that led into the Jewish Temple.

Titus Flavius Josephus, the first-century Roman-Jewish historian, wrote that 2.7 million people used to visit Jerusalem during the various Jewish holidays, bringing with them some 256,000 sacrifices.

Almost all of the Jewish pilgrims, according to Doron Spielman, vice president of the Ir David Foundation (Elad), would have entered the city on this road. It is a road that Jesus almost certainly used during the Second Temple period, alongside many of the famous Jewish scholars and leaders of that period.

“This place is the heart of the Jewish people, and is like the blood that courses through our veins,” Spielman said.

Here is one example: Hillel and Shammai – the famous first-century scholars who figure prominently in the Mishna – debate at what stage in a child’s development his father is obligated to include him in the pilgrimage. Shammai, the stringent one, says that a child should be included as long as he can sit on his father’s shoulders. Hillel says only if the child is able to walk up the 750-meter road need he be included.

Walking the road – as of now Ir David has excavated about 250 meters of it – you can imagine the throngs of people parading on it 2,000 years ago. Young boys walking next to their parents. Girls on their fathers’ shoulders. So far, only some of the stores that once lined the road have been partially uncovered, but with imagination you can hear the bartering that took place here – people trading leather for fur, seeds for honey, coins for wine.

For example, archeologists found a set of stairs in the middle of the road alongside one of the ancient shops. But the staircase doesn’t go anywhere. It ends in a platform. When Ir David checked, though, it found just one other similar set of stairs – in Rome, where it was used as something like a Hyde Park-style Speakers’ Corner. Basically, this was a place where people could make announcements and deliver speeches to the pilgrims as they climbed the road to the Temple.

Then archeologists found beside the stairs the burned remains of a male palm tree, one that doesn’t give fruit. Why would there be a non-fruit producing tree right there on the road? To provide shade for the speakers.

“To understand Jerusalem, you need to stand here,” Spielman said. “We were exiled in 70 [CE] and prayed three times a day and established a state. The last breath of Jews was here, beneath us.” [READ MORE...] 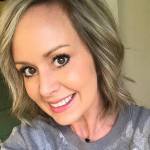 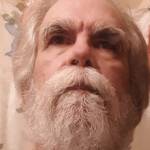 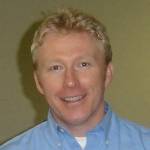