The Trump administration announced that it is reallocating $3.8 billion in weapons programs to support construction of the U.S.-Mexico border wall, upsetting lawmakers who argue the White House is sidestepping their authority.

In a notice delivered to Congress on Thursday, the Pentagon announced it is shifting $2.2 billion from its base fiscal 2020 budget and $1.6 billion from the Overseas Contingency Operations war fund. The funds will be transferred to the Department of Defense’s counter-drug fund, which will then be applied to border wall construction.

The Department of Homeland Security “has identified areas along the southern border of the United States that are being used by individuals, groups, and transnational criminal organizations as drug smuggling corridors, and determined that the construction of additional physical barriers and roads in the vicinity of the United States border is necessary in order to impede and deny drug smuggling activities,” read the notice to Congress, according to The Hill.

This is not the first time the administration has chosen to use executive authority to shift federal funds to the wall, largely due to Democratic lawmakers opposition to immigration enforcement funding.

EL PASO, TEXAS - FEBRUARY 12: People work on the U.S./ Mexican border wall on February 12, 2019 in El Paso, Texas. U.S. President Donald Trump visited the border city yesterday as he continues to campaign for more wall to be built along the border. Democrats in Congress are asking for other additional border security measures. (Photo by Joe Raedle/Getty Images)
People work on the U.S.-Mexico border wall on Feb. 12, 2019 in El Paso, Texas. (Photo by Joe Raedle/Getty Images)

“While some of our Republican colleagues will lament the President’s decision, they enabled this theft by blocking our efforts to stop the President from raiding defense accounts,” New York Democratic Rep. Nita Lowey, who serves at the House Appropriations Committee chairwoman, said in a joint statement with the chairman of the Appropriations Defense Subcommittee, Democratic Rep. Pete Visclosky of Indiana.

Democratic criticism was to be expected; however, one top Republican lawmaker also took a shot at the administration Thursday.

“The re-programming announced today is contrary to Congress’s constitutional authority, and I believe that it requires Congress to take action,” Texas GOP. Rep Mac Thornberry, the ranking member of the House Armed Services Committee, said in a statement. Thornberry said he would be in touch with his colleagues on determining the “appropriate steps to take.” (RELATED: EXCLUSIVE: Funding Secured For 1,000 Miles Of Border Wall, White House Officials Say)

“The wall should be funded, but the funding must come through the Department of Homeland Security rather than diverting critical military resources that are needed and in law,” Thornberry added, noting that he does believe that there remains a crisis at the U.S. southern border.

President Donald Trump first declared an emergency at the U.S.-Mexico border in February 2019, allowing him to use executive authority to reallocate federal funds. Congress has twice attempted to rescind the president’s emergency declaration, but was unable to overturn his vetoes both times.

The Trump administration has set an ambitious goal of completing 450 border wall miles by the tail end of 2020, tackling a campaign goal ahead of the November presidential elections.

Customs and Border Protection (CBP) announced in a document the Daily Caller News Foundation obtained that the administration built 119 miles of new border wall in places where dilapidated walls existed or where no walls previously existed at all as of Feb. 7.

Content created by The Daily Caller News Foundation is available without charge to any eligible news publisher that can provide a large audience. For licensing opportunities of our original content, please contact licensing@dailycallernewsfoundation.org. 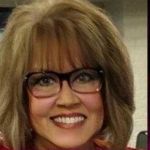 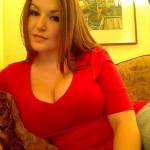 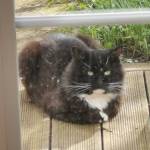