Social media companies like Facebook don't show you all your friends' posts. You may think they do, but they don't. Instead, an algorithm picks which ones to show you—and which not to show you. How do they decide? The companies won't reveal the details.

Beck says Facebook reduces his posts' reach. And he notes that when a video made fun of Democratic Speaker of the House Nancy Pelosi by slowing down her voice, Facebook put a warning on the post and reduced its reach.

“With his pick today of Sen. Kamala Harris, former Vice President Joe Biden checks the box for identity politics in 2020 (Black, female, Asian-American-Pacific-Islander), but it really doesn’t matter – Biden has already been steamrolled by the extreme left wing, and will simply be a rubber stamp for Bernie Sanders and the kooky socialists who have hijacked the Democratic Party. This pick gives us all the more reason to support Donald Trump, who has delivered on his promises and helped drive the U.S. economy to levels never seen before.

“Kamala Harris launched her campaign for president as a strong supporter of ‘Medicare for All,’ then decided on the trail to flip flop on the issue. In the Senate, she opposed the repeal of ObamaCare, voted against the vast majority of President Trump’s nominees, including the eminently qualified Supreme Court nominees, and has put partisanship above all else. She has been a reliable vote for higher taxes, bigger government, and less freedom for
Please log in to like, share and comment!

Ted Cruz: No coronavirus funding for governments discriminating against religion

“Throughout this pandemic we’ve seen numerous examples of state and local governments instituting discriminatory regulations that unfairly target people of faith and which restrict houses of worship from operating while exempting secular gatherings and operations from the same rules,” Cruz said in a statement provided to the Daily Caller News Foundation.

“As Congress continues to provide relief funds to combat the impact of COVID-19, it is crucial that we protect the First Amendment right of religious liberty from discrimination,” Cruz added. “That’s why I’ve introduced the SACRED Act. By blocking funds from governments that discriminate against religious organizations, we can fairly protect religious liberty and the rights of those who seek to gather together safely for worship.”
Please log in to like, share and comment!

Scott Tipton (R-CO), who was backed by President Donald Trump, lost his primary to Lauren Boebert, the owner of Shooters Grill in Colorado.

Boebert tweeted on Tuesday before the primary election that she will continue to fight against the rising tide of socialism in America. 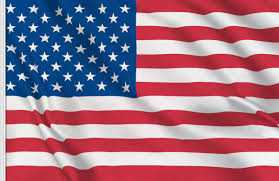