Jim Andresen
August 23
WE HAVE A PROBLEM:
This is a well written and thought out article written by a 26 yr old college student by the name of Alyssa Ahlgren.
MY GENERATION IS BLIND TO THE PROSPERITY AROUND US!
I'm sitting in a small coffee shop near Nokomis (Florida) trying to think of what to write about. I scroll through my news-feed on my phone looking at the latest headlines of presidential candidates calling for policies to "fix" the so-called injustices of capitalism. I put my phone down and continue to look around.
I see people talking freely, working on their MacBook's, ordering food they get in an instant, seeing cars go by outside, and it dawned on me. We live in the most privileged time in the most prosperous nation and we've become completely blind to it.
Vehicles, food, technology, freedom to associate with whom we choose. These things are so ingrained in our American way of life we don't give them a second thought.
We are so well off here in the United States that our poverty line begins 31 times above the global average. Thirty One Times!!!
Virtually no one in the United States is considered poor by global standards. Yet, in a time where we can order a product off Amazon with one click and have it at our doorstep the next day, we are unappreciative, unsatisfied, and ungrateful. ??
Our un-appreciation is evident as the popularity of socialist policies among my generation continues to grow. Congresswoman Alexandria Ocasio-Cortez recently said to Newsweek talking about the millennial generation, "An entire generation, which is now becoming one of the largest electorates in America, came of age and never saw American prosperity."
Never saw American prosperity! Let that sink in.
When I first read that statement, I thought to myself -- that was quite literally the most entitled and factually illiterate thing I've ever heard in my 26 years on this earth. Many young people agree with her, which is entirely misguided.
My generation is being indoctrinated by a mainstream narrative to actually believe we have never seen prosperity. I know this first hand, I went to college, let's just say I didn't have the popular opinion, but I digress.
Why then, with all of the overwhelming evidence around us, evidence that I can even see sitting at a coffee shop, do we not view this as prosperity? We have people who are dying to get into our country.
People around the world destitute and truly impoverished. Yet, we have a young generation convinced they've never seen prosperity, and as a result, we elect some politicians who are dead set on taking steps towards abolishing capitalism.
Why? The answer is this?? My generation has only seen prosperity. We have no contrast. We didn't live in the great depression, or live through two world wars, the Korean War, The Vietnam War or we didn't see the rise and fall of socialism and communism.
We don't know what it's like to live without the internet, without cars, without smart-phones. We don't have a lack of prosperity problem. We have an entitlement problem, an ungratefulness problem, and it's spreading like a plague."
MY THOUGHTS: We need to fix the schools before it is too late. Our children need to learn history once again and not a revisionist history. Teach Civics again. Make a HS Diploma worth something again.
I do hope DeVos is the right person to get us there but alas I fear she is not.
We need to abolish the Department of EDU and send that money to the states for schools. The DOE was enacted in the J Carter presidency to transform the schools to what they are today and that has got to go.
We need to take the victim mentality out of schools. Children need to be told all the good things that are there for them to enjoy like the young woman said above.
No one will hold them back from succeeding except that person that stares back at them in the mirror. BLM Has Done More To Promote Racism In The Past Few Months Than All The Confederate Memorials In The Past 100 Years.
Racism is not as bad as what is being portrayed in the riots or the media that is covering it.

Now, this is how a real governor governs! Kudos to Gov. Noem of South Dakota! Her constitutional and common sense approach to running her state is like a breath of fresh air! 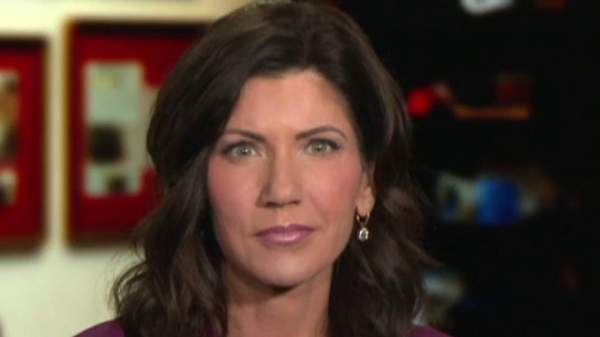 The Castle Report is a weekly podcast featured in our Constitution Party social media venues.
This was last Friday's podcast.
https://www.castlereport.us/ou....r-new-normal-is-not-

Facebook covered this video we posted on Memorial Day! This was the last straw!

We are in the process of creating this page. Stay tuned as we begin to update and post!