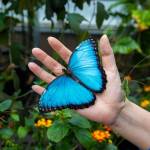 This group is for those who believe in The Creator of The Bible, believe he is who he is said to be, that Jesus/Yeshua is his son, and that this place, all that once was originally "very good", was created by The Creator. However not only; it is also for those who have questions to ask about Creation/The Creator(the "idea" or whatever, as some may say). It's basically a free speech group, albeit under The Creator's authority(though how that is determined, well, may basically come down to my interp on things I guess