Bryan Cutshall will be speaking tonight at Omega Center International! Everyone that can attend please join to hear this powerful message.

Join us Tuesday in person, or at 6:30 pm Eastern time (Tuesday) go to

QUAKES AROUND THE RING OF FIRE - IN AMERICA. Jesus predicted that one of the major birth pain signs would be earthquakes in different places, and he said this was the "beginning" of sorrows, or literally birth pains. The west coast of America is part of the"Ring of Fire," in which earthquake fault lines are present and also an area of volcanic activity. Within the past year earthquakes have struck Alaska, California, and just yesterday Seattle. California residents are being warned that a major quake (7.5 to possibly 8.5) could hit at any moment.
With natural disasters all around, people should pay attention and be prepared for extended days without food, water, fuel and electricity. It is odd but it's like Noah's day. He preached destruction was coming but no one outside of his family paid any attention, until the moment the flood came, which was too late.
I may add, this is not, as some teach, the tribulation, buy the birth pangs. I can clearly predict that volcanic activity will eventually follow, according to Joel 2 and Acts 2.
The good news is we are also in the time of the outpouring. Tonight begins Warrior-Fest. Next week-end we will be in Sandy, Utah for the first time. Please resister if you are coming to the Utah meeting, at the Mountain America Convention Center in Sandy, Utah. Also order the Old Testament and Commentary from Voice of Evangelism 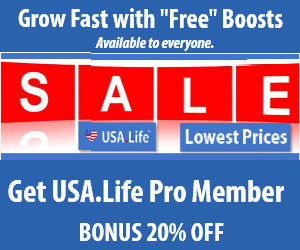