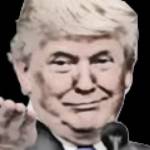 The Radical Left's War on the Christian Right in America Exposed!
https://rumble.com/vmk4yx-the-....radical-lefts-war-on

Brigadier General Benton K. Partin, USAF (Retired) on Oklahoma City Bombing, Waco, 9/11 attacks and more. This video is only the tip of the iceberg. Please read more detailed information in the description BELOW:

NOTE: The Oklahoma City Bombing was NOT a lone bomber attack. It was a False Flag attack orchestrated and covered up by the U.S. government. Its' purpose was to demonize the militia and the Christian Right; which they did quite effectively. Timothy McVeigh died for their sins.

[This is not to say McVeigh was innocent. Whether he was a victim or an accomplice remains to be seen. Unfortunately, he took the truth of that matter with him to his grave.]

Gen. Partin addresses the Wallace Institute on the 1995 Oklahoma City bombing, the Waco massacre, and world communism in Santa Clara, California in June 1998.

Proof of Bombs and Coverup, July 20, 1998, The New American: “The earliest and most compelling challenge to the lone bomb/lone bomber theory came from Brigadier General Benton K. Partin (USAF, Retired), an expert with sterling credentials and a distinguished military career. On May 18, 1995, one month after the bombing, General Partin delivered a preliminary detailed analysis of the event to members of Congress.

“From all the evidence I have seen in the published material,” Partin testified,” I can say with a high level of confidence that the damage pattern on the reinforced concrete superstructure could not possibly have been attained from the single truck bomb without supplementing demolition charges at some of the reinforced column bases.”

“In that report (See “OKC Bombing: Expert Analysis” in our June 26, 1995 issue), and in the detailed study which he released on July 13, 1995 (see “Explosive Evidence” in our August 7, 1995 issue), Partin eviscerated the prosecution’s lone-bomb thesis with a host of findings from the forensic evidence indicating that demolition charges were certainly used inside the Murrah Building.

“Since that time, a veritable mountain of evidence, documents, records, eyewitness testimony, and authoritative support has accumulated to fortify General Partin’s thesis, making the stubborn adherence of government officials and journalists to the lone-bomb scenario truly incredible.”
(Note: Gen. Partin passed away Dec. 20, 2019)

This video only goes to prove what we already know about the left wing's plans to grind America down. If this doesn't make right wing Christians angry enough to go on the offensive, something is terribly wrong. More evidence: 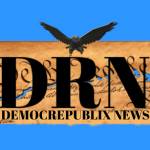 Urgent Message from Colonel Frank Bragg, U.S. Army (Retired)
I’m reaching out to you today to introduce myself.

I am the new Chairman of the Committee to Support and Defend. We work hand in hand with the retired Flag Officers to Support and Defend the U.S. Constitution. When you visit our website at https://committeetosupportanddefend.org/ you will see that our two groups are closely linked.

The most important thing to know is that, like you, I committed myself to serving this great nation. While I no longer serve in the military, I do still feel called to protect and defend our country. I can tell that you feel the same.

The Committee has on its website both a military and a civilian letter calling for the resignation of Generals Lloyd Austin and Mark Milley. You can visit the site https://committeetosupportanddefend.org/ and click the image of the letter to sign the military version. Right underneath that is a link to the civilian letter.

I ask you to go to the site right now and read the letter – and then please join us and sign it. The Committee to Support and Defend is working to hold these two powerful, high ranking officers accountable – something that their military training, education, experience, leadership development, and character should have inspired them to do themselves. I’m hoping that you will stand along side me as we fight to preserve the integrity that our military is known for. The ideal and the idea of TRUST is vitally important to us; restoring TRUST is essential. Let each of us be a voice to this end.

We will be issuing a press release shortly – I’ll send you a copy before it goes out.

Thank you for your continued willingness to stand up for something larger than yourself. I’m proud to serve along side you.

P.S. If you agree with the contents of the letter, please pass it along to other like-minded individuals. I appreciate it. Simply copy & paste this message in its entirety and email it to every freedom-loving American you know! 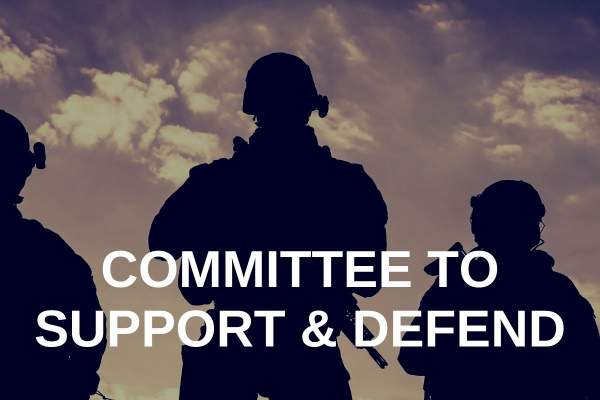 Home - Committee to Support and Defend

Dr. Carol Baker: "Get rid of all the whites" ﻿
#Racist﻿ ﻿﻿#Genocide﻿﻿
This is a short, but damning video clip. 1: 09 long. Be sure to read the accompanying information below the video.

This video was posted on YouTube by a person who wrote, "Watch and share before the fact checkers get it!!"

This is why people like me scour the internet for information that MUST BE preserved for posterity and post it where the powers that be cannot censor it.

If you appreciate my efforts, please hit the subscribe button so you can be immediately notified when new information becomes available.
Operation Rubicon
Rogue Nation Eternal Militia
Sic semper tyrannis!

Videos like this are why people like me scour the internet for information that MUST BE preserved for posterity and post it where the powers that be cannot censor it.

If you appreciate my efforts, please hit the subscribe button so you can be immediately notified when new information becomes available.

I have 2 channels, one on Bitchute and one on Rumble. Not all of my videos can be seen on both channels, depending on the size of each video. If my videos exceed 15 Gb, they cannot be loaded on Rumble. To be able to comment on my videos, you must sign-up for an account of your own. Click on the referral links below to sign-up and subscribe.

P.S. Neither channel is monetized. I don't do this for profit, I do it to help my fellow man and Freedom Fighters!