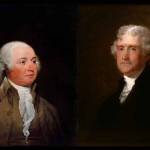 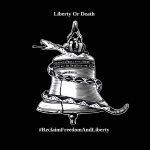 When men enter into society, it is by voluntary consent; and they have a right to demand and insist upon the performance of such conditions and previous limitations as form an equitable original compact.

Every natural right not expressly given up, or, from the nature of a social compact, necessarily ceded, remains.

The issue I currently have with a Constitutional Convention starts with the fact that the people that will be choosing who goes to represent us are the same crooks that are currently ignoring our rights. Are these the people we want choosing what gets pushed through during the convention.

My third issue is the fact that our representatives completely ignore the current constitution and amendments, so what will make them adhere to the new amendments that emerge.

What we need is not a Constitutional Convention, what we need is to wake the American people up to the fact that their rights are being stolen away because they have elected people office and ignored ever violation of their rights these tyrants commit. Until the are willing to take the time to hold their representatives feet to the fire and remove them from office when they violate our rights nothing is going to change, at least not for the better.

How many amendments are there currently to the constitution, and what is the central theme of each?

Let's start easy: How many things are included in the First Amendment and what are they?

A place to study and learn about the United States Constitution.