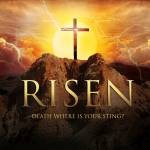 Way, Truth, and Life Ministries
@WayTruthLife
472 people like this

Happy Memorial Day! Let’s all take a few moments today to reflect upon the great sacrifices that have been made by all of our men and women who have given the ultimate sacrifice. Whenever I do it always brings me around to One who gave the greatest sacrifice of all time, our Savior, God, and Lord Jesus Christ.

I pray for all the souls lost protecting our country especially ones who did not know Jesus as their Savior. And I want to also lift up all those serving now who may not know Him as such. Lord please bring repentance and revival to our military men and women, as well as to this nation as a whole. AMEN

Hello everyone. I have really been having trouble getting on here. It is so great to see that the page has been growing. Praise God!!! I will try to get some new material on here this week.

Good morning everyone. Sorry I haven’t posted anything in sometime now. We have moved to an area where internet is difficult, and after prayerful discussion we have decided we don’t need internet. Plus I have been extremely busy. I will try to get some new material on here soon. So excited to see how this page has grown!!!!!! What a blessing 😃🙏🏻 Merry Christmas and happy New Years to you all, I pray that our God and Father blesses each of you this coming year and carries you through all trials in the richness and glory of His might. Love you all and hope to post soon

Perhaps by now you feel reasonably comfortable about witnessing using the Law to bring the knowledge of sin. You know how to present the cross and the necessity of repentance toward God and faith in Jesus—but then what? Is it valid to “close the sale” (as modern evangelism often puts it)? Should you suddenly revert back to the old, “Would you like me to lead you in a sinner’s prayer right now?” Or should we just leave the person in the hands of a faithful Creator?

This understanding comes by the Law (Romans 7:7) in the hand of the Spirit, who will “convict the world of sin, and of righteousness, and of judgment” (John 16:8)

This is why we must be careful to allow the Holy Spirit to do His work and not rush in where angels fear to tread. Praying a sinner’s prayer with someone who isn’t genuinely repentant may leave you with a stillborn on your hands. Therefore, rather than lead him in a prayer of repentance, it is wise to encourage him to pray himself.

If a person is genuinely repentant (he has sorrow of heart and his mouth is stopped from self-justification), he should pray himself; his words aren’t as important as the presence of “godly sorrow.”

The sinner should be told to repent—to confess and forsake his sins. He could do this as a whispered prayer, then you could pray for him. Tell him, “Quietly confess your sins to God, asking Him to forgive you, then put your trust in Jesus in the same way you would put on a parachute to save you. You wouldn’t just believe in it; you would put it on—entrusting your life to it. After you have done that, I will pray for you and give you some literature to help you.” If he’s not sure what to say, perhaps David’s prayer of repentance (Psalm 51) could be used as a model, but his own words are more desirable.

Before you leave this place, breathe an earnest prayer to God, saying, “God, be merciful to me a sinner. Lord, I need to be saved. Save me. I call upon Thy name...Lord, I am guilty, I deserve Thy wrath. Lord, I cannot save myself. Lord, I would have a new heart and a right spirit, but what can I do? Lord, I can do nothing, come and work in me to do of Thy good pleasure

Thou alone hast power, I know To save a wretch like me; To whom, or whither should I go If I should run from Thee?

But I now do from my very soul call upon Thy name. Trembling, yet believing, I cast myself wholly upon Thee, O Lord. I trust the blood and righteousness of Thy dear Son...Lord, save me tonight, for Jesus’ sake.”

“What should I say to someone who acknowledges his sins, but says, ‘I just hope God is forgiving’?”

This person could be referred to as “awakened, but not alarmed.” Explain that God is forgiving—but only to those who repent of their sins. Ask him, “If you died right now, where would you go?” If he says, “Hell,” ask if that concerns him. If it does concern him, ask, “What are you going to do?” Then tell him that God commands him to repent and trust the Savior. If it doesn’t concern him, speak of the value of his life, the threat of eternal damnation, and the biblical description of hell. Caution him that he doesn’t have the promise of tomorrow, and plead with him to come to his senses.


Some people insist “repentance” is an old-fashioned word that the world cannot understand. “Sin” is another word that falls into that category. However, we must carefully check our motives for avoiding their use. Do we want to substitute different words to help the world understand, or do we simply want to shake off the reproach that comes with their use? If the world cannot comprehend spiritual words, then we should explain their meanings. Sin is transgression of the Law (1 John 3:4), and repentance means to turn from sin

to repent means to confess sin and forsake it—to agree with God that it is wrong and to turn and go in the opposite direction. An old soldier once summed up repentance this way: “God said, ‘Attention! About turn! Quick march!’”

the Bible makes it clear that God is holy and man is sinful, and that sin makes a separation between the two (Isaiah 59:1,2)

We are dead in our trespasses and sins (Ephesians 2:1) and until we forsake them through repentance, we cannot be made alive in Christ. he Scriptures speak of “repentance unto life” (Acts 11:18). We must turn from sin to the Savior. This is why Paul preached “repentance toward God, and faith toward our Lord Jesus Christ” (Acts 20:21)

If belief is all that is necessary for salvation, then the logical conclusion is that one need never repent. However, the Bible tells us that a false convert “believes” and yet is not saved (Luke 8:13); he remains a “worker of iniquity.”

“He that covers his sins shall not prosper, but whoso confesses and forsakes them [repents] shall have mercy” (Proverbs 28:13).

Jesus said that there was joy in heaven over one sinner who “repents” (Luke 15:1. If there is no repentance, there is no joy because there is no salvation.

If repentance wasn’t necessary for salvation, why then did Jesus command that repentance be preached to all nations (Luke 24:47)? When He sent out His disciples two by two, they “preached that men should repent” (Mark 6:12).

The necessity of repentance underscores the importance of going through the Law with a sinner. If a man doesn’t know what sin is, how can he repent? Any “repentance” would be merely “horizontal repentance.” He’s responding to the Savior because he’s lied to men, he’s stolen from

men, etc. But when David sinned with Bathsheba, he didn’t say, “I’ve sinned against man.” He said to God, “Against you, and you only, have I sinned, and done this evil in your sight” (Psalm 51:4)