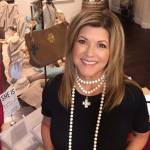 In the Bible it was foretold that the Messiah would come into the world to deliver people from sickness, suffering and death. Is Jesus of Nazareth this Messiah?
How would one recognize the Messiah?
According to the predictions of the Bible, the Messiah or Christ would fill two roles. * Much time would pass between his first and second roles. First he came to earth as a man. In order that he could be clearly identified, numerous details about his life and work were announced in the holy scriptures even before that. Many prophecies were actually "testimonies for Jesus" or references to him as the Messiah (Revelation 19:1.
Jesus did as a man in small things what he will soon do from heaven in great things - all over the earth
WHAT THE BIBLE SAYS
The Messiah would . . .
descend from King David (Isaiah 9:7; Luke 3:23-31) *
be born in Bethlehem (Micah 5:2; Luke 2:4-7)
humbly preach "the good news" (Isaiah 61:1; Luke 4:43)
not taken seriously, but despised (Isaiah 53:3; Matthew 26:67, 68)
be betrayed for 30 pieces of silver (Zechariah 11:12, 13; Matthew 26:14, 15)
do not say a word at his wrongful condemnation (Isaiah 53:6, 7; Matthew 27:12-14)
die as a sacrificial lamb, so that people could be clean again before God, free from sin (Isaiah 53:7; John 1:29, 34, 36)
be killed without breaking any of his bones (Psalm 34:20; John 19:33, 36)
be buried where the rich are buried (Isaiah 53:9; Matthew 27:57-6
be raised on the third day (Matthew 16:21; 28:5-7)
These are only some of the many prophecies that were fulfilled in Jesus. Another proof of Jesus as Messiah was that he healed the sick and raised the dead. This also helps us to trust that through him the same thing will soon happen all over the earth-as foretold in the Bible (Luke 7:21-23; Revelation 21:3, 4). Since his resurrection, he now waits at the right hand of God to complete his task as Messiah (Psalm 110:1-6).
"When the Christ has come, will he not do more signs than he has done? (John 7:31)

The aorta is a much more complex "tube" than scientists once thought. At first glance, the aortic arch may look like the curved handle of an umbrella. But this description is not quite correct. In fact, the aortic arch is not just two-dimensionally curved, but has a three-dimensional curvature that is more like a semicircular piece of a spring. On a flat surface, one end of the semicircle would point upwards.

Why is it constructed in this way? This causes the blood not to simply flow through the aortic arch like water in a river bend, but to swirl the blood in two spirals. On the inner side of a river bend, the water flows more slowly, which allows sediments to settle. On the outside of the bend, however, the water flows faster and can even erode the river bank. In the aorta, dangerous sediments could be formed due to different flow velocities of the blood on the inner side of the bend. However, since the blood in the aorta is swirled in a spiral shape and thus its inner wall is flushed more evenly, this danger is less.

The aorta is really excellently constructed. With good reason, the Bible book of Psalms says, "I [am] made wonderful in a fearsome way" (Psalm 139:14).

Develop godliness.
A good soldier is loyal. He defends the people he loves and what is important to him with all his strength. Paul urged Timothy to develop godliness, that is, to be loyal to God (1Ti 4:7). The deeper our love for God and our devotion to Him, the greater our desire to hold fast to the truth (1Ti 4:8-10; 6:6).

What does the Bible say?

What does it mean to turn the other cheek?

JESUS CHRIST said in his famous Sermon on the Mount: "Resist not him who is evil, but if someone strikes you on your right cheek, turn the other cheek to him also" (Matthew 5:39).

What did he mean by this? Should Christians only be passive victims? Are they expected to silently accept everything and never take legal action?

In order to understand what Jesus wanted to say, we need to see his statement in context and keep in mind to whom he was addressing. He preceded his advice with something that his Jewish listeners already knew from the Scriptures: "You have heard that it was said 'an eye for an eye and a tooth for a tooth'". (Matthew 5:38).

Jesus was referring to Exodus 21:24 and Exodus 24:20. It is interesting to note how the "eye for an eye" principle of retribution mentioned here was to be applied precisely under the law of God: the accused had to answer in a trial before the priests and the judges, who examined the circumstances of the act and the degree of premeditation (Genesis 19:15-21).

In time, the Jews then straightened this out. In a 19th century Bible commentary by Adam Clarke, it says: "The Jews saw in this law . . . [an eye for an eye, a tooth for a tooth] apparently the right to private hostilities-with all the excesses of a vengeful spirit. Revenge was often carried to the extreme, and one evil was rewarded with an even greater evil. However, the Scriptures do not provide any justification for private feuds.

What Jesus said in the Sermon on the Mount about turning the other cheek shows what the law that God had given to the people of Israel was actually about. He did not mean to say that Christians who had been beaten on one side should offer the other side to the attacker. In biblical times, when someone punched someone in the face, it was not done - as is often the case today - not to literally hurt them, but it was an insult intended to provoke a counter-reaction, a confrontation.

So Jesus obviously meant that someone who is provoked by a literal slap in the face - or by biting words - should not get carried away to get back at the other person. (Romans 12:17) He should rather try to prevent things from escalating and ending in a vicious circle of evil.

Jesus' words are very reminiscent of what King Solomon once said: "Do not speak: ,As he has done to me, so will I do to him. I will repay each one according to his actions' " (Proverbs 24:29). Those who take Jesus as their role model would turn the other cheek inasmuch as they do not allow themselves to be provoked in such a way that they virtually engage in a "trial of strength" with others (Galatians 5:26, footnote).

To defend oneself: Yes or no?

Turning the other cheek does not mean that Christians would not defend themselves at all against physical assault. Jesus did not mean to say we should never defend ourselves, but we should never attack anyone, not let ourselves be tempted to get back at others. It is indeed wise to retreat as far as possible in order to avoid physical violence. But if you are the victim of a criminal act, it is okay to protect yourself and to involve the police.

Jesus' first disciples also followed this principle when it came to defending their rights. The apostle Paul, for example, used the legal possibilities of his time to ensure that he could fulfill the commission that Jesus had given to his disciples (Matthew 28:19, 2. When he once came to Philippi on a mission trip, he and his companion Silas were arrested and accused of breaking the law.

Without trial, the two were then publicly flogged and thrown into prison. As soon as Paul had the opportunity, he invoked his Roman citizenship. When the magistrates heard this, they were terrified. They asked Paul and Silas to leave the city without a fuss. Paul thus set a precedent "in the defense and legal reinforcement of the good news" (Acts 16:19-24, 35-40; Philippians 1:7).