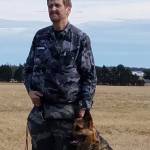 I really don't know anything about the left's focus upon QAnon, but I always laugh when they talk about the Left being accused of child rape, and drinking children' blood.
Drinking male children's blood IS A twist of actual FACT. Orthodox rabbis suck a few drops of blood from the wound of the circumcised boys' removed for-skins.
That the left is filled with child killers and molesters is also a fact.

The morning of Jan. 6th I had emptied my wallet except for ID and bail money (ANTIFA thugs don't require bail money) and said goodbye to my wife.
I didn't do this because I thought I was going to face down police, but rather expected the usual ANTIFA coward homos to attack US or strangling patriots on their way back to their hotels.
I took/take my oaths taken in the military and federal offices seriously and how could I have pride in my military time if I were not willing to defend our country under the current threat from internal communists? If I was not willing to take on ANtIFA criminals then my oaths would have been lies and I would not want to look myself in the mirror ever again.
I was iat the Supreme Ct. for Bush v. Gore oral arguments, again for the TeaParty Patriot march, again when 'Bama boy tried to close down the mall monuments due to his fabricated BUDGET Crisis... and again when President Trump needed us.
WE were not there to fight cops but communists.
But if all we accomplished was to bring the tyranny of the Left and the backstabbing Never-Trumpers out into the sunshine..... it was worth it!!

This is as close as we got to the building. When I showed up there were no signs that the area hadn't been left open intentionally.
No police or signs or fences on West side. We heard flash bangs on roof or back side and had some CS gas wisp down onto us from the roof, but never any signs of violence.
Did see people climbing the scaffolding which was almost certainly a violation of something but I am too old and fat to do that anyway.
Mina didn't show any effects from the gas.

Any wonder why we support armed protest when legal as we are having in Richmond Virginia tomorrow?
Anyone looking to attack patriots tomorrow will have a bad day. 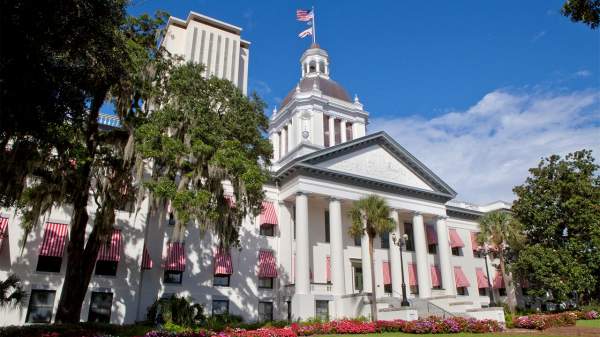 A self-described "hardcore leftist" was arrested Friday for allegedly issuing a call to arms online to recruit like-minded individuals to join him in violently confronting pro-Trump supporters expected to gather at the Florida state Capitol
Please log in to like, share and comment!

No violence here at West street-side of Capitol Building.