I liked what Kelly-Ann Conway said to Sleepy Joe.

Biden fires Sean Spicer, other Trump appointees from service academy boards by Sarah May on September 11, 2021

In a stunning example of President Joe Biden’s tendency toward petty partisanship, former Trump spokesperson Sean Spicer received a letter from the White House this week demanding that he resign or be fired from the U.S. Naval Academy Board of Visitors in what was a larger purge of board appointees from the previous administration, as the Washington Examiner reports.

A letter signed by the director of the White House Office of Presidential Personnel requested Spicer’s resignation from the board by the close of business Wednesday and stated that if it was not received, his position would be terminated as of 60 p.m. the same evening.

Spicer, who is himself a commander in the U.S. Naval Reserve, took to Twitter to express his outrage at the move, saying, “Instead of focusing on the stranded Americans left in Afghanistan, President Biden is trying to terminate the Trump appointees to the Naval Academy, West Point and Air Force Academy.”

The former Trump spokesperson was not the only academy board member previously affiliated with the prior administration who received a resignation demand this week, as a total of 18 such appointees were instructed to leave or be forced out well ahead of the expiration of their three-year terms, as the New York Post noted.

One such individual lamented the situation to the outlet, saying, “I think this complete purge shows that the administration is hellbent on the woke mob controlling or having input into military education. Otherwise, why do it?”

Pointing out that former President Trump conducted no such purge of Obama appointees to the academy boards, the same official added, “This is why this is such a big deal: historically it has never been done. ‘Unprecedented’ is a word you could use here.”

Also ousted from a board position was former Trump national security adviser and retired Army lieutenant general H.R. McMaster, who was asked to leave West Point’s advisory panel just days prior to his receipt of the school’s distinguished graduate award in a seeming indication of the political – not substantive – motivations behind the administration’s actions.

Former Trump White House budget director Russ Vought was among those instructed to relinquish their board positions, and his response was a justifiably defiant one in which he said, “No. It’s a three year term,” while a spokesperson for the advocacy group he currently leads added, “I wish Biden would take his commander in chief duties as seriously as he takes retribution against political adversaries.”

Never once to mince words, former counselor to Trump, Kellyanne Conway, who was also told to step down from the board on which she serves, slammed the current occupant of the Oval Office for yet another attempt to distract from the debacle in Afghanistan, saying, “President Biden, I’m not resigning, but you should.” 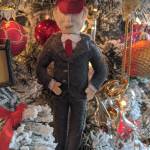 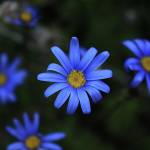 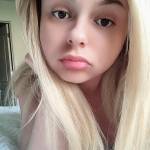