Arizona’s Maricopa County forensic audit results will be heard on Friday, Sept. 24, per a spokesperson for the Senate Republicans. The report will be a public presentation held on the Senate floor and open to the media. The audit has been dubbed by many to be “Americas Audit” because it is the first audit to ever examine an election with such attention to detail.

The forensic audit took a deep dive into the election equipment and examined approximately 2.1 million ballots. UncoverDC reported the Senate Republicans still do not have routers, hardware keys, and admin passwords from the county. Arizona’s Attorney General, Mark Brnovich, told the Maricopa Board of Supervisors (MCBOS) they have until the end of September to deliver them or face losing state-shared funds.

While the audit report is fulsome, with four volumes of material, it is not yet complete. The team still has none of the subpoenaed materials referenced above. And the audit team did not perform the canvass promised in the original contract because of federal interference. A group of citizens, led by Liz Harris, canvassed Maricopa county. UncoverDC reported on the findings on Sept. 8:

Senator Wendy Rogers has been an avid supporter of the audit. She has circulated her petition requesting a decertification of the Arizona 2020 election. She has almost reached her initial goal of 1 million signatures.

Rogers has been on a relentless tour of the United States, traveling to cities and small towns to get a feel for the wishes of the American people. She has requested that citizens send her the names of legislators who legitimately want to see forensic audits in their states.

UncoverDC reported the National Association of Secretaries of State (NASS) attended a scheduled conference in Des Moines, Iowa, in mid-August. There was allegedly very little support for forensic audits from attendees:

“Multiple media outlets indicated that the officials attending almost unanimously agreed that the theory that the Nov. election was fraudulent are merely conspiracy theories.”

Senator Sonny Borelli on July 15 called for the resignation of the Secretary of State Katie Hobbs before the audit hearing results in July were released. Hobbs has been dismissive of the forensic audit from the beginning. On Sept. 16, she tweeted, “The 2020 election was the most secure election in our state’s history.” Hobbs is now running for Governor.

Arizona’s GOP Chairwoman, Dr. Kelli Ward, has been supportive of the audit from the beginning. As she watched Newsom defeat the recall, she commented on what she says is happening all over the country. She retweeted Columnated Ruins tweet on Wednesday.

Senate President Karen Fann issued a recent statement that addressed threats to legislators and their families because of the audit.

“No matter where a person stands on the issue of an audit, or any other matter of public policy, making a threat to a legislator or their family is completely unacceptable.” She adds, “I understand passions run high on the issue of voter integrity, but personal attacks and threats of violence cross the line. Members of the Legislature receiving threats will report any acts of intimidation or aggression to the authorities. Differences of opinion should not lead to a breakdown in civility.”

Senate Republicans lost a battle with American Oversight on Tuesday. The judge in the case ordered that all records and materials be turned over. 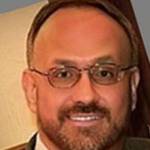 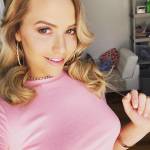 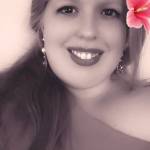 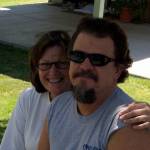 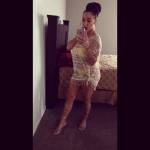