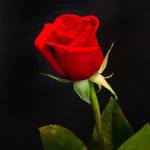 At the 4 minute mark, this guys says the Democrats proposed allowing the UN to maintain our border instead of the US. Globalists are trying to sell us out! 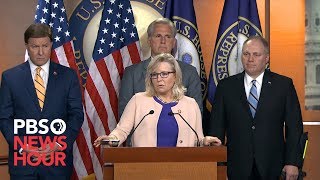 House Republicans criticized Democrats on Tuesday, June 25, for a bill that would provide $4.5 billion in additional aid for migrants being detained near the U.S.-Mexico border. GOP leaders said Democrats have filled the bill with "poison pills" that place unreasonable restrictions on immigration enforcement. Democrats "would rather launch political attacks than actually do something to help those children at the border," said Rep. Liz Cheney, the Republican Conference chair, who was joined by House Minority Leader Kevin McCarthy, House Minority Whip Steve Scalise and Rep. Mike Rogers, the ranking member on the House Homeland Security committee.

Stream your PBS favorites with the PBS app: https://to.pbs.org/2Jb8twG
Find more from PBS NewsHour at https://www.pbs.org/newshour
Subscribe to our YouTube channel: https://bit.ly/2HfsCD6 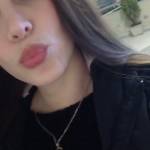 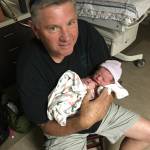 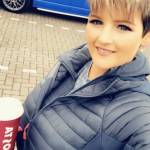 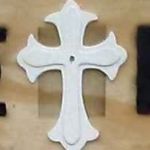