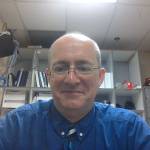 The Need For Witnesses For Both Sides
In the Impeachment Trial
By T. F. Williams


Here is the link for what Vice President Joe Biden said about getting a prosecutor removed or no aid to Ukraine while he was Vice President and overseeing Ukrainian policy for Obama administration:
https://youtu.be/UXA--dj2-CY

Remember the President is constitutionally the chief law enforcement officer of the country who delegates many responsibilities to their Attorney General. If the investigation in being stymied by another country’s government not providing requested information and evidence, then the Justice Department goes to the State Department and if that doesn’t work then guess who has to get involved? You guessed it, the President and it doesn’t matter which party they belong to or who may be the subject of the investigation.

If said country still doesn’t want to be forthcoming with the requested information or evidence then the President must use pressure of some type to illustrate the need to be compliant. It may very well mean the withholding of aid or other types of inducement. This is the President’s job. The evidence produced may even prove to be exculpatory in nature, but you do not know until the evidence is in hand.

This is why the current President was impeached and no witnesses from his party were allowed during the House of Representatives’ “investigation”. So, now the Senate is discussing allowing both sides to call witnesses during their trial and the Democrats are losing their minds. Both sides calling witnesses during a trial is normal procedure as is not allowing hearsay evidence.

This is why this thing is totally a circus and shouldn’t never have gotten this far. The Democrats have now set a precedent of impeaching a duly elected President because a losing party doesn’t like the result of a Presidential election if they have the majority in the House of Representatives thereby causing a constitutional crisis. This is one reason I will never vote Democrat again. Never. 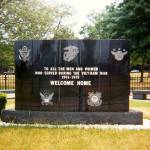