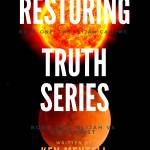 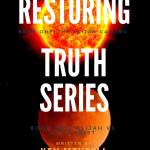 https://youtu.be/9oDiAq6fkA4
Rejoyce! Here is the time frame given by the lord for coming fo0r his Bride
Genevieve Brazel


The President Just Announced His full intentions about Vaccines
Streamed live on May 15, 2020
( This virus vaccine will be untested, it will contain nano technology to change a person's DNA, and will contain a tracker of some sort to track a persons every move. This is all demonic technology. Satan wanting and trying to play God. If you know his evil side he has been trying to accomplish this ever since the episode in the Garden of Eden. Distorting God's truth. So called "aliens" in UFOs will descent upon the earth after the true rapture. I say "true" rapture because Project Blue Beam technology causing humans to see false things, will be busy trying to drag more people to hell . The Lord personally told me that these so called "aliens" are fallen angels, with lucifer in charge. They are not our friends, brothers or creators. The put on a front very well of telling us they love us. But in fact they actually hate us because they will never be forgiven by what they did by leaving their heavenly estate and what they did after coming to earth and traveling throughout the universe also mingling with other life forms. I could go on and on telling you more but just see the information sent and just know it is all evil to bring the fall of mankind in which God created with special DNA in order to be able to have a personal relationship with him. Read your bible ...especially Genesis to understand how under handed lucifer can be in his deceitful lies. He is dong the same thing in these last days and the governments of the world have fallen for it. Their goal is to have humans with their unique DNA not to be able to have a personal relationship with their creator ; to pollute the human DNA so the Lord will reject us as being redeemable. Yes, salvation is lost. Even unknowingly, these leaders have chosen lucifer's ways and not their creator's ways. Our creator states in the scriptures that "Man perishes because of lack of knowledge". Ignorance is no excuse in the eyes of our creator. Praise the Lord he is coming so very soon to take his faithful. Will you be one of them? This 5 G s being set up to connect humans to computers through the computer chip implant which could possibly be in the vaccine.)