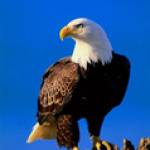 Every American was infected with COVID-19 in January 2020!
It is biology 101. Do NOT be afraid and DO NOT be fooled by the lies the "fake news" are spreading. See my group https://usa.life/thepandemic

Is it just me or did anyone else wonder why the person who filmed George Floyd’s murder stand by and do nothing?

Even after Mr. Floyd begged for their help they just stood there, said nothing and kept filming!

What was their motivation?

Imagine if the coward behind the camera had taken those two or three steps and kicked the little man with a chip on his shoulder! George Floyd would be alive today!

Bruce Lee the greatest fighter to ever live said if you put a badge on a little man, the little man will be challenged constantly, and eventually feel the need to prove himself.

Am I the only person who noticed everyone of the police officers involved in the murder had Tasers on their pistol belts? Why use MMA style barbaric force, like a street thug, when a Taser would have instantly and humanely dropped George to his knees?

And what about the humanity of the officers involved? George was begging for his life! How could any human being be so callus and ignore someone begging for their life?