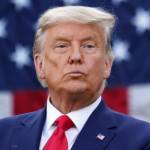 Mainstream media won’t show you this 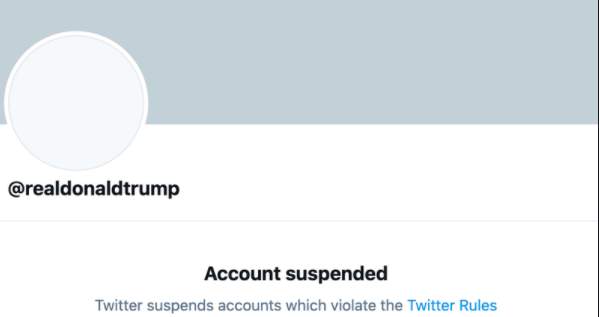 What does the chronology of the Bible reveal about the year 1914?
The Bible's answer
According to the chronology of the Bible, God's Kingdom was established in heaven in 1914. This is made clear by a prophecy in the Bible book of Daniel, chapter 4.
The prophecy at a glance. Nebuchadnezzar, the king of Babylon, received a dream from God that had prophetic significance. In this dream, a huge tree was cut down. The tree stump was then prevented from growing back for "seven times" (Daniel 4:1, 10-16).
The first fulfillment of prophecy. The great tree represented Nebuchadnezzar (Daniel 4:20-22). The king was figuratively knocked down when he became temporarily insane and could not reign for seven years (Daniel 4:25). After that, God saw to it that he was restored to sanity. Nebuchadnezzar returned to his throne and acknowledged that God is the supreme ruler (Daniel 4:34-36).
Why the prophecy has a second, greater fulfillment. What was the deeper meaning behind the prophecy? All were to realize that God "is the ruler in the kingdom of mankind, and that he gives it to whom he will, and sets over it even the lowest of men" (Daniel 4:17). Was the proud Nebuchadnezzar the one to whom God would eventually give this rulership? No. God had made it clear to him earlier in a dream with prophetic significance that neither he nor any other political ruler would take that role. Instead, God himself would "establish a kingdom that will never be ruined" (Daniel 2:31-44).
Already in ancient times, God had set up a kingdom that represented his rule: the nation of Israel. However, the rulers became unfaithful to God. Therefore, God allowed this kingdom to be reduced to "ruins." However, He announced that He would one day give royal rule to "the one who has the legal right" (Ezekiel 21:25-27). As the Bible shows, it is Jesus Christ to whom this kingly power is rightfully due-for God's kingdom that will have no end (Luke 1:30-33). Unlike Nebuchadnezzar, Jesus is thoroughly humble (Matthew 11:29).
What does the tree in Daniel 4 represent? In the Bible, trees sometimes represent rulers or kingdoms (Ezekiel 17:22-24; 31:2-5). Therefore, the tree is a symbol of God's rule.
What does it mean that the tree was cut down? In the first fulfillment, it meant that Nebuchadnezzar temporarily did not rule as king. In the second, greater fulfillment, it meant that God's reign on earth would be temporarily interrupted. When was this? When Nebuchadnezzar destroyed the city of Jerusalem, where, after all, the kings of Israel sat as God's representatives on the "throne of Jehovah" (1 Chronicles 29:23).
What do the "seven times" mean? The "seven times" are the period of time when God allowed governments to rule on earth without any kingdom from God interfering in their affairs. They began in October 607 B.C.E. That was the year in which, according to biblical chronology, Jerusalem was destroyed by the Babylonians (2 Kings 25:1, 8-1. *
How long do the "seven times" last? They cannot correspond to a period of only seven years, as in the case of Nebuchadnezzar. Jesus provided the answer to the question, "Jerusalem [a symbol of God's reign] will be trodden down by the nations until the appointed times of the nations are fulfilled" (Luke 21:24). The "appointed times of the nations," that is, the period of time during which God allows His rule to be "trodden down by the nations," are identical to the "seven times" of Daniel 4. Accordingly, the "seven times" had not yet ended when Jesus lived on earth.
The duration of the "seven times" can be found out with the Bible. It says that three and a half "times" are equal to 1,260 days; "seven times" are then twice that: 2,520 days (Revelation 12:6, 14). According to the prophetic rule of "one day for one year," 2 520 days thus correspond to 2 520 years. The "seven times" (2 520 years) that began in October 607 B.C.E. thus ended in October 1914 * (Deuteronomy 14:34; Ezekiel 4:6).

Clever trick
The people in the USA who elected DONALD TRUMP want to organize their own SECOND INAUGURATION for him, parallel to JOE BIDEN'S inauguration. A Facebook group to that effect had 300,000 members in a very short time. But Facebook deleted the group. Reason: It violates the "Community Guidelines for Dangerous Persons and Organizations."

Should the Americans nevertheless get a parallel inauguration organized, then exciting pictures are to be expected: With Trump, millions cheer, and with "President" Biden, five people sit in a circle of chairs in front of the stage. 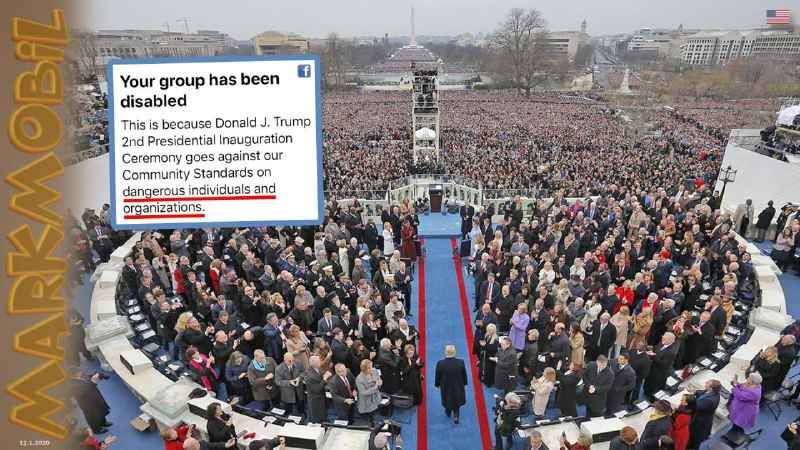 Who Rules God's Kingdom?
God revealed to Bible writers details by which one could know who would rule God's kingdom. The following should apply to this regent:

Chosen by God "I myself have appointed my king . . . I will give you nations for an inheritance, the ends of the earth for a possession" (Psalm 2:6, 8).
A descendant of King David "A child has been born to us, a son has been given to us . . . His dominion shall ever be extended, and peace shall be endless upon the throne of David and in his kingdom. By justice and righteousness it will be established and sustained" (Isaiah 9:6, 7).
Born in Bethlehem "You, Bethlehem-Ephrathah, . . out of you will come forth for me the ruler . . . shall be . . . His greatness . . . [will] reach to the ends of the earth" (Micah 5:2, 4).
Rejected and executed by men "He was despised and meant nothing to us . . . . he was pierced for our transgression. For our transgressions he was bruised" (Isaiah 53:3, 5).
Raised and glorified "You will not leave me in the grave. You will not let him who is loyal to you see the pit . . . . In your presence there is endless joy, at your right hand everlasting happiness" (Psalm 16:10, 11).

Jesus Christ - most suitable
In the entire history of mankind, there has been only one person who corresponds to the ideal image of a ruler: Jesus Christ. An angel had said to his mother Mary, "God will give him the throne of David his father . . . and his kingdom will never end" (Luke 1:31-33).
Jesus never reigned on earth. As King of God's Kingdom, he was to rule over people from heaven. Why is he the ideal regent? Let's take a look at what he did on earth.

Jesus was there for others Jesus helped men and women, young and old, rich and poor (Matthew 9:36; Mark 10:16). Once someone who was suffering from a terrible disease asked him, "If you will but make me well." Jesus had deep compassion for the man and healed him (Mark 1:40-42).
Jesus explained what God expects of us He said, "You cannot serve God and wealth." He also advised treating others as you would want to be treated - a principle that became known as the golden rule. In addition, he made it clear that God is not only interested in our deeds, but also in our thoughts and feelings. Thus, to please God, we would have to pay attention to our innermost feelings and motives (Matthew 5:28; 6:24; 7:12). Jesus explained what happiness means, "Happy is the one who hears God's word and lives by it" (Luke 11:28).
Jesus taught what it means to love What Jesus said and did had great impact and touched his listeners deeply. "Then the people were just amazed at his way of teaching, for he taught them as one with authority" (Matthew 7:28, 29). Jesus urged them, "Do not stop loving your enemies." And he even prayed for those who carried out his death sentence, "Father, forgive them, for they know not what they do" (Matthew 5:44; Luke 23:34).

Jesus fulfills all the requirements of an ideal world ruler. He is accessible and happy to serve others. But when does he begin to rule? 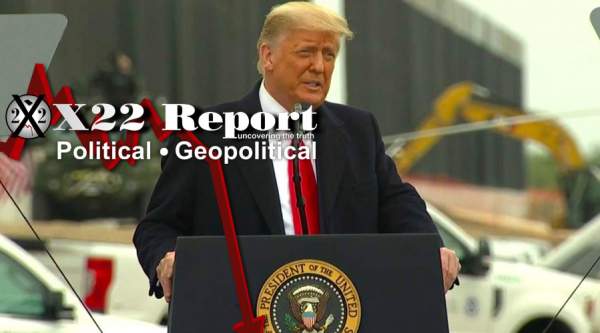