1 Why is it comforting to know that the wicked are called to account?

2 Why did God allow time when his way of governing was questioned?

2 It was with pride and arrogance that Satan in Eden led our first parents to reject Jehovah's way of government. They joined the devil in questioning Jehovah's right to rule over men. (Romans 5:12-14) This made them sinners in the eyes of God. Jehovah knew, of course, that their disrespectful and rebellious behavior would inevitably lead to disaster. But all rational creatures should be able to see this clearly. Therefore, God allowed time. It should be proven beyond doubt that the rebels were absolutely wrong.

3. what is our attitude towards the governments of men?

3 Since people rejected the rule of Jehovah, they had to devise their own forms of government. In his letter to the Christians in Rome, the apostle Paul referred to human governments as the "authorities of the people. At that time, these were primarily the Roman government under Emperor Nero (54-68 CE). As Paul wrote, such governments "stand in their relative positions as ordained by God. (Read Romans 13:1, 2.) Was he implying that human governments were superior to the rule of God? Of course not. He simply meant that as long as Jehovah would tolerate human rule, Christians should respect "God's order" and obey the rulers.

An aberration with catastrophic consequences

4 Why will the rule of men certainly fail?

4 The dominion of man, influenced by Satan, will certainly fail. Why? Among other things, because it is not based on God's wisdom. Only Jehovah has perfect wisdom. (Jer. 8:9; Rom. 16:27) He is the only one who knows how to guide others correctly. People often have to go through a lot of trial and error to find the right way. Jehovah, however, always knows the best solution. Any government that does not follow him cannot be nearly as good as his. For this reason alone, the alternative form of government offered by Satan, the rule of man, was doomed to failure from the outset, not to mention Satan's evil motives.

5, 6 What apparently led Satan to turn against Jehovah?

5 No reasonable man would attack something that was doomed to failure from the beginning. Anyone who tries, however, must sooner or later admit his mistake. Human history is full of evidence that it is pointless to stand against the Almighty Creator. (Read Proverbs 21:30.) But Satan, blinded by arrogance and pride, turned against Jehovah. He embarked on an erroneous path that would inevitably lead to disaster.

6 Satan's presumptuous nature is well expressed in the words of a Babylonian ruler who boasted, "To the heavens will I ascend. Above the stars of God I will exalt my throne, and I will sit down on the mount of meeting in the remotest parts of the north. I will ascend above the cloud heights; I will make myself like the Most High" (Is. 14:13-15). This ruler failed with his senseless plan. The Babylonian dynasty came to an inglorious end. Satan and his world are also on the verge of destruction.

7, 8 What are the good effects of Jehovah's decision to allow evil for a time?

7 Some people may wonder why Jehovah did not prevent people from taking Satan's side and trying an alternative form of government that was doomed to failure anyway. (Exodus 6:3) This would certainly not have been a problem for Almighty God. But he did not intervene. In his wisdom, he decided to tolerate the rebellion of the people for some time, because that would be best in the long run. Ultimately, it would confirm that Jehovah is a just and loving ruler. His decision would be beneficial to God-fearing people 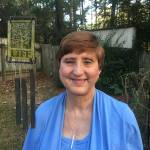 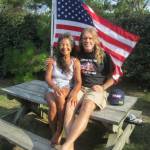 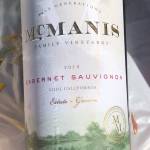 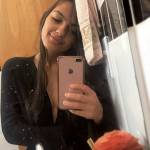