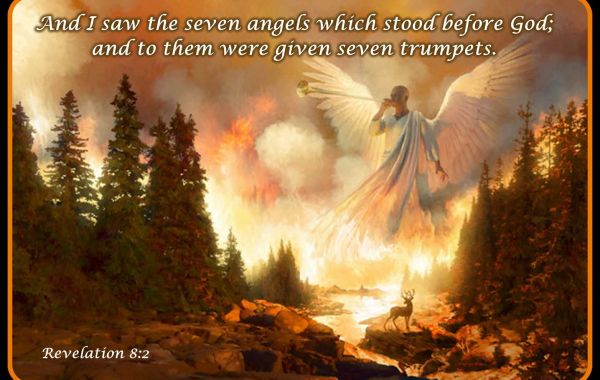 Why is God’s wrath against the earth itself? This is Satan’s domain being judged. The prince and power of the air, the ruler of this world has been persecuting, attacking, and seeking to destroy God’s Kingdom and God’s people since he rebelled and was cast from heaven, the first fa

Preparation and Prayers: The Seven Angels and the Angel At the Altar Rev 8:2–6

And I saw the seven angels which stood before God; and to them were given seven trumpets. 3 And another angel came and stood at the altar, having a golden censer; and there was given unto him much incense, that he should offer it with the prayers of all saints upon the golden altar which was before the throne.

In the Bible trumpets were used for sounding a warning, assembly  and for a calling to war.  Here they both warn those on earth of God's wrath and then call to war the angels against those on the earth who will not repent.

The angel with the censor acts in the role of the high priest. Some believe this is Jesus acting in his role of high priest, others point out that Jesus does not appear as the Angel of the Lord after the Old Testament closes. Opinion is greatly divided. I believe that this is another great angel and that his orders come from the throne.

This angel, as John sees him is given much incense to offer it with the prayers of all the saints upon the golden altar. The incense and golden altar here are the true items in God’s throne room, while the Tabernacle items were a symbol, but John recognizes those symbols here in their true form.

Revelation 8:5–6 5 Then the angel took the censer, filled it with fire from the altar, and cast it to the earth. And there were voices, thunderings, lightnings, and an earthquake. 6 So the seven angels who had the seven trumpets prepared themselves to sound.

In the Old Testament tabernacle and temple, these items were for the appeasement of God's wrath. The incense from the censor and the golden altar was fired from the coals of the brazen altar, the altar of sacrifice. The incense ascended up into heaven and was a sweet-smelling savor and represented the prayers of God’s people and God’s wrath was appeased, satisfied by their prayers for forgiveness.

But now there is a big difference. The censor is filled with fire and is cast down upon the earth. Instead of the appeasement of God wrath, it is now the release of that wrath. The prayers of God’s people who have suffered persecution, torment, torture and martyrdom has been stored up in heaven, stored in that golden altar and now when it is full, now when the Day of Wrath has finally come, now when finally the prayers of God’s people, “How long O Lord, How long?” will be answered. The censor filled with the prayers for the righteous judgment and action of God is thrown down and explodes upon the earth.

Let me show you an interesting verse. Jesus said in Luke 12:49 about his first coming, “I am come to send fire on the earth; and what will I, if it be already kindled?” Jesus is saying that he come to send fire on the earth. Yes, part of that fire was controversy, conflict but mostly it was to bring judgment and Jesus states, He wishes it was already burning. Jesus knew what lay in store for his people, his nation, his church. What they must endure, what they must suffer and he wishes that God’s righteous judgment was ready to burn even then. It could not happen then, but we are are reading, we are glimpsing the future when that willing, that desire of Jesus will be put into effect. The seven trumpets begin to sound.

Description - Like the seals the trumpets are divided into 2 groups of 4 and 3. The last three trumpets are called the three “Woes!” in vs 8:13. The first 4 trumpets are followed by the first woe, which is the 5th trumpet and then the second woe, the 6th Trumpet and finally the 7th trumpet is the third woe which reveals the seven bowls or vials of God’s final wrath.

Vs. 7 First Trumpet: The plants of earth are struck. The first angel sounded, and there followed hail and fire mingled with blood, and they were cast upon the earth: and the third part of trees was burnt up, and all green grass was burnt up.

I believe these are literal, not symbolic judgments. I believe that a great hailstorm, filled with lightening like fire will fall and the blood of those who are crushed will mingle with the hail and lightening of that terrible storm. I believe something like a great mountain burning with fire, a perfect description of a meteor or an asteroid, will fall from heaven into the sea, probably the Mediterranean Ocean for that is the Sea John knew and will destroy 1/3 of all the sea life and 1/3 of all the ships caught in a terrible Tsunami that will sweep them away after that fiery mountain crashes into the sea. I believe something like a great star, burning like a lamp, lit within like the ice of a comet reflecting the sun will fall upon the earth and 1/3 of the rivers, and water sources will be poison by this star called Wormwood, a word that means bitter poison. And I believe because of these events happening withing week or at the most months from each other that the earth’s atmosphere will be filled with dust and the light of the sun, moon and stars will be dimmed by 1/3.

I believe these are literal and not metaphors because things like this have already happened on our earth the only difference here will be the timing and the clustering of them one after the other, like the attacks of a War Lord upon the bastion of the Enemy.

Examples - The Tunguska event was a massive explosion that occurred near the Tunguska River in Russia, on the morning of 30 June 1908. The explosion over the sparsely populated Eastern Siberian flattened an estimated 80 million trees over an area over 2000 square miles of forest. The explosion is generally attributed to the air burst of a stony meteoroid about 300 feet in diameter.

Winslow meteor Crater The crater is 4,000 feet, almost a mile, in diameter and about 600 feet deep inside its rim. The object that excavated the crater was a nickel-iron meteorite about 160 feet (50 meters) across.

The force of these strike is estimated at 100s of megatons of TNT. Roughly the power of a nuclear bomb. These have happened in the past and one day in the future in the space of only about 3 years the earth will have two such strikes and there is no defense.

Why is God’s wrath turned against the earth itself?

Judgment Against the Earth

This is Satan’s domain being judged by God. The prince and power of the air, the ruler of this world has been persecuting, attacking, and seeking to destroy God’s Kingdom and God’s people since he rebelled and was cast from heaven, the first falling star.

Now God’s judgement has come upon Satan’s domain, His Kingdom of earth and all those who have worshiped this earth and rejected God’s mercy and walked in the path of idolatry and earth worship are devastated by the war unleashed by God when the seven trumpets sound.

The pagans, the so called Neo-Pagan, the earth worshipers who pray to Gaia the earth spirit. The new druids who gather at Stonehenge to worship the solstice of the sun. These and so many others who have worshiped the earth instead of God and in worshiping the earth they have reject God and reality have worshiped Satan. Now their temple is crushed, there is not answer as they pray to Gaia, there is no refuge from God’s wrath.
From Living Water To Poisoned Springs

I can’t help but think as I read of this terrible devastation, that there was a time when Jesus stopped at a well in Samaria and talked to an outcast, adulterous, sinful woman. Do you remember what he told her?

John 7:37-38 In the last day, that great day of the feast, Jesus stood and cried, saying, If any man thirst, let him come unto me, and drink. He that believeth on me, as the scripture hath said, out of his belly shall flow rivers of living water.

Jesus offered springs of living water, eternal life, the thirsting of the soul quenched by the gift of God. The woman at the well drank of that spring and for centuries the cry of Jesus from the Gospel has sounded, “If any man thirst, come unto me and drink” but no longer, not now for these are the people of  earth who rejected the Lord's invitation and now have only poisoned water and a dead sea. They refused to accept the Lord’s invitation to drink of the water of life and now they must drink from the springs of death.

Jesus said I am the light of the world but they rejected him and chose the darkness and now they dwelling in greater and greater darkness.

Vs. 13 Transition to the Woes

And I looked, and I heard an angel flying through the midst of heaven, saying with a loud voice, “Woe, woe, woe to the inhabitants of the earth, because of the remaining blasts of the trumpet of the three angels who are about to sound!” 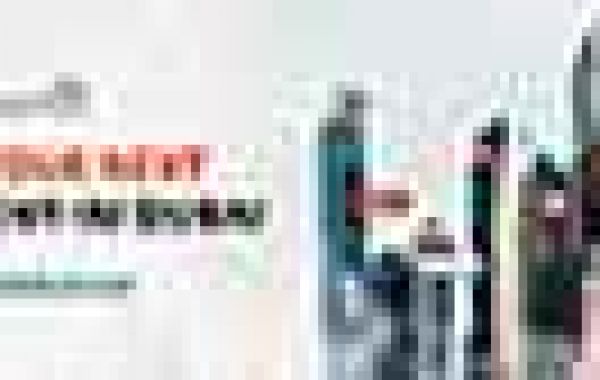 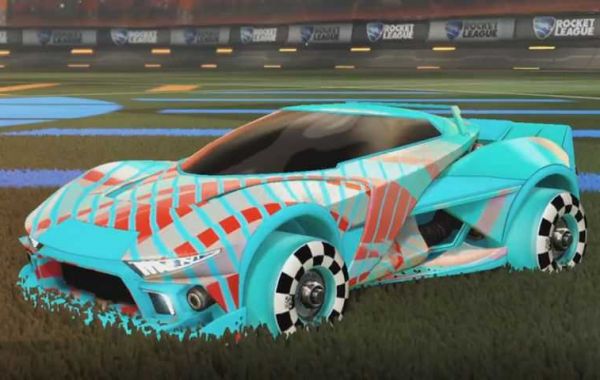 which contain a chance to win some really nice MyTeam cards 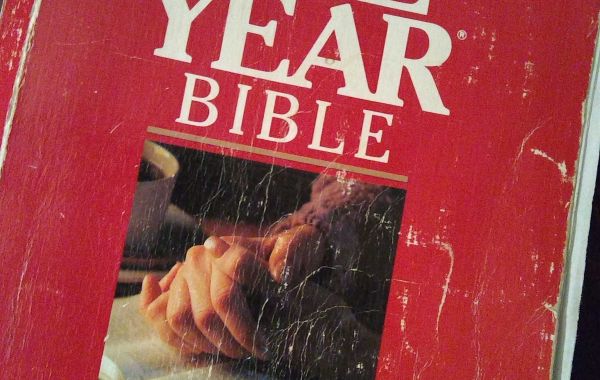