One of the 18 scientists who recently published a letter acknowledging the plausibility of the coronavirus lab-leak theory said she and her colleauges didn't speak out sooner because President Trump promoted that possibility for the origin of the pandemic.

One year ago, at the White House, Trump was asked by a reporter: "Have you seen anything at this point that gives you a high degree of confidence that the Wuhan Institute of Virology was the origin of this virus?"

"Yes, I have. Yes, I have," Trump replied. "And I think the World Health Organization [WHO] should be ashamed of themselves because they're like the public relations agency for China." 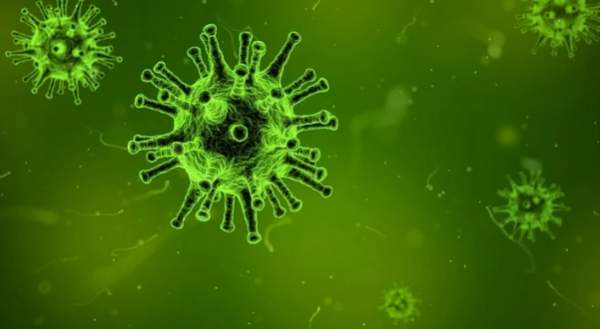 One of the 18 scientists who recently published a letter acknowledging the plausibility of the coronavirus lab-leak theory said she and her colleauges didn't speak out sooner because President Trump promoted that possibility for the origin of th
Please log in to like, share and comment!

As a superpower and symbol of freedom, the United States has a list of foreign enemies eager to see America's demise. In today's nuclear age, the threat of mutual destruction is not an option; however, what if America's demise could be achieved without firing a single shot by enemy infiltration and penetration from within? The following indicators are currently underway.

Open borders: An open southern border is a sieve for illegal foreign nationals from around the globe whose unlawful entry decimate our homogeny and erase our sovereignty. Americans are forced to compete for lower wages with those working under the table. Without voter ID verification, illegals have the capacity to interfere with our elections, and our right to self-governance is impeded.

Marxism in education: One of the first items to be introduced in totalitarian takeovers is the introduction of Marxism. Class warfare, a tactic employed by Marxist to divide and conquer, is ineffective in a free, classless society; thus, racial warfare disguised as Critical Race Theory and Equity in education is an effective alternative. The Biden regime has removed the pro-American 1776 Commission introduced by President Trump in favor of a Black Lives Matter Marxist 1619 Project. Instead of an emphasis on American ideals and love of country, our youth are in the midst of a Marxist indoctrination project with emphasis on tribalism, skin color and non-binary gender studies. 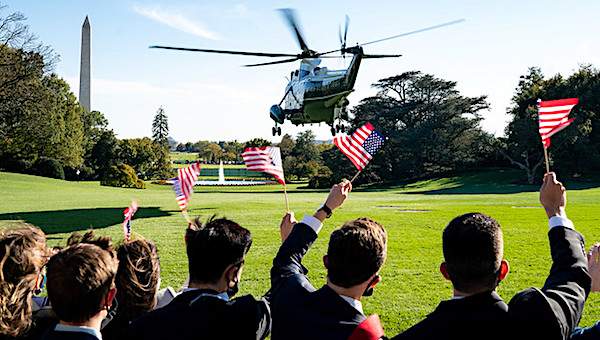 14 signs America is being overthrown from within

(RUTHERFORD INSTITUTE) -- “Whoever fights monsters should see to it that in the process he does not become a monster.”— Friedrich Nietzsche

Almost every tyranny being perpetrated by the U.S. government against the citizenry—purportedly to keep us safe and the nation secure—has come about as a result of some threat manufactured in one way or another by our own government.

To fight crime, the FBI sponsors 15 crimes a day

(RUTHERFORD INSTITUTE) -- “Whoever fights monsters should see to it that in the process he does not become a monster.”— Friedrich Nietzsche Almost every tyranny being perpetrated by the U.S. government against the citizenry—purportedly to keep us saf
Please log in to like, share and comment!

Colorado baker Jack Phillips is a perpetual offender. He simply will not do. His offense? Unswervingly honoring his deeply held, and constitutionally protected, religious beliefs.

We've all heard of Phillips and his travails. Leftist bullies have been tormenting him for years, beginning in 2012, when the Colorado Civil Rights Commission targeted him for refusing to make a custom-designed cake to celebrate a same-sex wedding.

After several setbacks in various tribunals, Phillips was finally vindicated in a 7-to-2 U.S. Supreme Court ruling holding that the state of Colorado had shown "clear and impermissible hostility" toward Phillips' religious convictions in violation of his First Amendment rights. 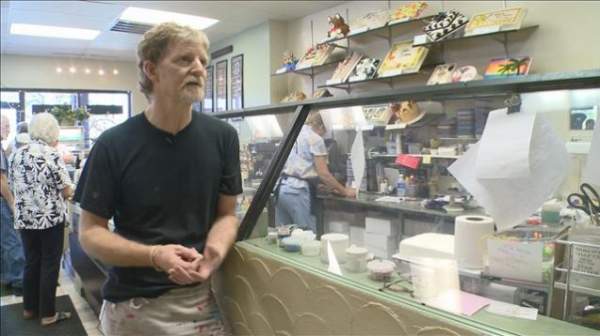 Republican Texas Gov. Greg Abbott signed a bill Wednesday banning abortion if the landmark ruling Roe v. Wade is overturned. The U.S. Supreme Court announced in mid May that it had agreed to take up a major Mississippi abortion case that could directly challenge Roe v. Wade, sparking hope in pro-life advocates and fear among abortion proponents. Doctors or individuals who attempt to perform abortions would face a second degree felony under the bill, and if the unborn baby died “as a result of the offense,” the penalty would increase to a first degree felony with the potential of a life sentence.

WND is a fiercely independent news site committed to hard-hitting investigative reporting and serving as a watchdog on waste, fraud and abuse of power.

Founded by Joseph and Elizabeth Farah in May 1997, it is now a leading Internet news site in both traffic and influence.

This is an unofficial WND page.