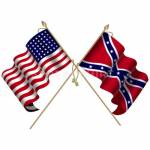 :white_check_mark: Project Veritas has announced big revelations starting today. For MONTHS they are supposed to have infiltrated undercover agents in Georgia. Presumably it will rain explosive hidden camera footage again.

:white_check_mark: I think Trump had set a trap for Raffensberger with the possibility of recording the phone call. Last time the Secretary of State of Georgia had the opportunity to tell the truth and all media worldwide broadcast his renewed lies.

:white_check_mark: And NOW we have revelation videos coming? Who will be on them? Raffensberger? Secret collusion? I don't know. I just know this is going to be exciting as hell!

Oh, and one more thing before I forget: Trust the Plan :grin:

:white_check_mark: I'll summarize his tweets from this morning....

I have shared the TRUTH I will tell you with several people. Killing me will NOT prevent the TRUTH from being revealed - it will only trigger its release by many others.

I believe Chief Justice John Roberts & a multitude of powerful individuals worldwide have been blackmailed in a horrendous scheme involving video recordings of rape & murder of children.

I have the key to the files containing the videos. I have also shared this information.

This extortion scheme is carried out by members of 10 of the most well known and "elite" intelligence agencies in the world.

One of them was hacked by a group called Lizard Squad. The blackmail files of rape and murder were obtained by this group and a copy was provided to Isaac Kappy.

After Isaac Kappy received the hacked files from a member of the Lizard Squad, he passed the files to a friend and the encryption key to another friend. He passed this information to his friends shortly before he was murdered on May 13, 2019. Lizard Squad members were jailed for hacking.

Jeffrey Epstein used the same blackmail scheme for rape and infanticide to further either his own interests or those of an intelligence agency he was working with.

ALL who flew on his private jet or visited his island must be interrogated and brought to justice IMMEDIATELY.

I chose to publish this truth on Twitter & Parler because there is a wall around Donald Trump that may have prevented me from getting this evidence to him.

I have concerns that information from Isaac Kappy was not delivered to Donald Trump and his efforts to pass it to the President may have caused his death.

I am aware that my life is now in great danger. But I trust in God. I prayed before I made the decision. I had to reveal the TRUTH.

ushpin: Then to recall he re-tweeted himself from Jan 1:

Isaac knew the lies. I know the key to his treasure chest of TRUTH

Now you have greater context for the message I tweeted below on January 1.

I had hoped that this revelation would trigger resignations and confessions. Since I wasn't sure of that outcome, I had to disclose everything I knew. I am doing that now.

Angels are beings who have more power and abilities than humans (2 Peter 2:11). They live in heaven - an invisible realm that is not comparable to the material universe, but something much higher (1 Kings 8:27; John 6:38). That is why angels are also called spirits (1 Kings 22:21; Psalm 18:1.
Where do the angels come from?

God created the angels through Jesus. Jesus is also called "the firstborn of all creation" in the Bible. The role God assigned to him in creation is described in the Bible by the words, "For through ... [Jesus] were created all other things in the heavens and on earth, visible and invisible"-that is, including angels (Colossians 1:13-17). Angels do not marry, nor do they have children (Mark 12:25). Each of these "sons of the true God" was created individually (Job 1:6).

When were they created? A very long time ago, before the earth existed. Indeed, the angels rejoiced and applauded when God created the earth (Job 38:4-7).
How many angels are there?

The Bible does not contain an exact number, but it shows that there is a tremendous amount of angels. For example, the apostle John was able to glimpse hundreds of millions of angels in a vision (Revelation 5:11, footnote).
Do angels have proper names? Do they have an individual character?

Angels have an individual character. They can communicate with one another (1 Corinthians 13:1). They can think independently and express their gratitude to God (Luke 2:13, 14). They also have the freedom to choose between good and evil. This can be seen in the fact that some angels chose against God and sided with the devil (Matthew 25:41; 2 Peter 2:4).
Are there differences in rank among angels?

Yes. The most powerful and ranking angel is the archangel Michael (Jude 9; Revelation 12:7). Seraphim are rank angels near Jehovah's throne (Isaiah 6:2, 6). Cherubim form another group of rank angels with special duties. For example, they guarded the entrance to the Garden of Eden after Adam and Eve were cast out from it (Genesis 3:23, 24).
Cherubim guard the entrance to the Garden of Eden
Can angels help us?

Angels are used by God to guide His servants on earth as they speak to others about the good news of the kingdom of God (Revelation 14:6, 7). This help benefits all who tell of the message and all who hear of it (Acts 8:26, 27).

Angels help shield the Christian assembly from the influence of evil men (Matthew 13:49).

Angels will help redeem mankind; they will fight alongside Jesus Christ against evil (2 Thessalonians 1:6-8).

Does everyone have a guardian angel?

While angels help God's servants keep a strong bond with God, this does not mean that God assigns a personal guardian angel to everyone for this purpose (Matthew 18:1. * Angels do not keep all difficulties or temptations from us. However, God often creates a way out of the difficult situation by giving us the wisdom and perseverance we need (1 Corinthians 10:12, 13; James 1:2-5). 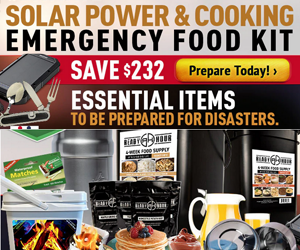 A place to share the true history of the Civil War.