Great explanation of Republic vs Democracy.....We have grown accustomed to hearing that we are a democracy; such was never the intent. The form of government entrusted to us by our Founders was a republic, not a democracy.1 Our Founders had an opportunity to establish a democracy in America and chose not to. In fact, the Founders made clear that we were not, and were never to become, a democracy:
[D]emocracies have ever been spectacles of turbulence and contention; have ever been found incompatible with personal security, or the rights of property; and have, in general, been as short in their lives as they have been violent in their deaths.2 James Madison
Remember, democracy never lasts long. It soon wastes, exhausts, and murders itself. There never was a democracy yet that did not commit suicide.3 John Adams
A democracy is a volcano which conceals the fiery materials of its own destruction. These will produce an eruption and carry desolation in their way.4 The known propensity of a democracy is to licentiousness [excessive license] which the ambitious call, and ignorant believe to be liberty.5 Fisher Ames, Author of the House Language for the First Amendment
We have seen the tumult of democracy terminate . . . as [it has] everywhere terminated, in despotism. . . . Democracy! savage and wild. Thou who wouldst bring down the virtuous and wise to thy level of folly and guilt.6 Gouverneur Morris, Signer and Penman of the Constitution
[T]he experience of all former ages had shown that of all human governments, democracy was the most unstable, fluctuating and short-lived.7 John Quincy Adams
A simple democracy . . . is one of the greatest of evils.8 Benjamin Rush, Signer of the Declaration
In democracy . . . there are commonly tumults and disorders. . . . Therefore a pure democracy is generally a very bad government. It is often the most tyrannical government on earth.9 Noah Webster
Pure democracy cannot subsist long nor be carried far into the departments of state, it is very subject to caprice and the madness of popular rage.10 John Witherspoon, Signer of the Declaration
It may generally be remarked that the more a government resembles a pure democracy the more they abound with disorder and confusion.11 Zephaniah Swift, Author of America’s First Legal Text
Many Americans today seem to be unable to define the difference between the two, but there is a difference, a big difference. That difference rests in the source of authority.
[O]ur citizens should early understand that the genuine source of
A pure democracy operates by direct majority vote of the people.
When an issue is to be decided, the entire population votes on it; the majority wins and rules. A republic differs in that the general population elects representatives who then pass laws to govern the nation. A democracy is the rule by majority feeling (what the Founders described as a “mobocracy” 12); a republic is rule by law. If the source of law for a democracy is the popular feeling of the people, then what is the source of law for the American republic? According to Founder Noah Webster:
correct republican principles is the Bible, particularly the New Testament, or the Christian religion.13
The transcendent values of Biblical natural law were the foundation of the American republic. Consider the stability this provides: in our republic, murder will always be a crime, for it is always a crime according to the Word of God. however, in a democracy, if majority of the people decide that murder is no longer a crime, murder will no longer be a crime.
America’s immutable principles of right and wrong were not based on the rapidly fluctuating feelings and emotions of the people but rather on what Montesquieu identified as the “principles that do not change.” Wall Builders

“This is an example of when institutions that our Constitution created to resolve disputes so that you didn’t have to have riots and violence in the street, it’s when they go wrong.” 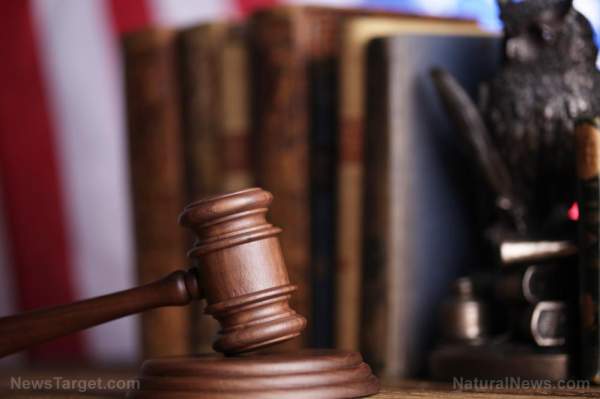 Gohmert blasts fed court for tossing lawsuit challenging unconstitutional voting changes in battleground states: “If I don’t have standing, nobody does!” – NaturalNews.com

Tens of millions of President Donald Trump’s voters have been relegated to standing by and helplessly watching themselves become pawns in a deep state power play that has disenfranchised each of them after, one by one, the governing institutions esta
Please log in to like, share and comment!

Thousands of people use the address of an Atlanta charity to enable homeless people to register to vote, a Project Veritas probe has discovered.

The executive director of the Central Outreach and Advocacy Center, Kimberly Parker, admitted in a hidden-camera interview released Monday that the organization routinely registers homeless people using the same address. 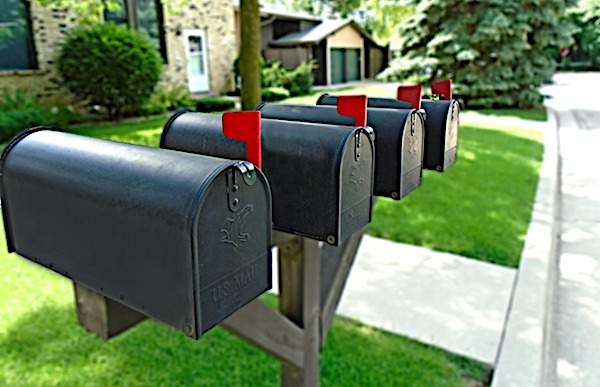 What do you know?!! "In a recent in vitro study, the Vero/hSLAM cells infected with the SARS-CoV-2 or COVID-19 virus were exposed to 5 µM ivermectin in 48 h, and a 5000-fold reduction in viral RNA compared with control was found [15]. The results showed that treatment with ivermectin effectively kills almost all viral particles within 48 h. The study was the first to assess the antiviral effect of ivermectin on COVID-19. The authors acknowledged that the drug may have antiviral effects by inhibiting the importin (IMP) α/β receptor, which is responsible for transmitting viral proteins into the host cell nucleus."

“A real Christian is an odd number anyway.
"He feels supreme love for One whom he has never seen, talks familiarly every day to Someone he cannot see, expects to go to heaven on the virtue of Another, empties himself in order to be full, admits he is wrong so he can be declared right, goes down in order to get up, is strongest when he is weakest...and richest when he is poorest.
"He dies so he can live, forsakes in order to have, gives away so he can keep, sees the invisible, hears the inaudible...and knows that which passeth knowledge.” ~~A.W. Tozer~~