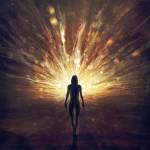 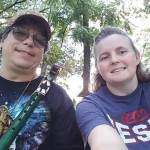 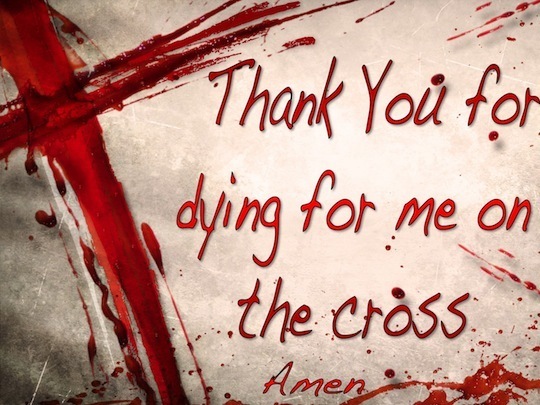 U R G E N T. AS I HAVE MENTIONED "CHANGE DOT ORG " IS FINANCED BY SOROS AND THEY
CENSORED THE PETITION CALLING FOR AUDITING THE VOTES. HERE ( I CAN'T OPEN THE DOCUMENT, IF YOU CAN, PLEASE LET ME KNOW) WE HAD OVER 2 MILLION PEOPLE SIGNING. PLEASE SEND A LETTER- ONE LINER WILL DO, ASKING FOR an investigation or sign a white house petition or both: THE WHITE HOUSE, 1600 PENNSYLVANIA AVENUE, NW
WASHINGTON, DC 20500 PRESIDENT DONALD TRUMP. the freedom of every nation is at risk as the ONE WORLD GOVERNMENT IS TRYING TO TAKE OVER EVERY COUNTRY

OR EMAIL , email us!

PLEASE, POST YOUR STORY OF THE BALLOTS YOU RECEIVED WITHOUT HAVING ASKED FOR THEM , OR ANY CIRCUMSTANCE THAT LATER WAS USED TO IMPLEMENT VOTER FRAUD.

FOR ME, I RECEIVED 10 BALLOTS TO VOTE BY MAIL AND I DIDN'T REQUESTED THEM.
THEN ANOTHER 6 BALLOTS UNDER NAMES I DON'T RECOGNIZE— AND I LIVE AT THE SAME ADDRESS FOR ALMOST 40 YEARS. BUR YOUR CASE MAY BE DIFFERENT THAN MINE. SOME HAVE EXPERIENCED CORRUPTION WITHIN THE PRECINCT.

Unfortunately I did not picture them—who would think of doing that— at that time I just thought ‘those people are really disorganized, of course, I thought about the democrats but didn’t know this was a method to get fraudulent votes…the scandal was not out yet. However, with or without pictures you can post and should post.

PLEASE POST YOUR STORY.
THANKS. WE CAN WIN AND WE ARE WINNING. LET’S DO OUR PART WHILE GOD DOES HIS.

Here is the link to. tell your story
https://www.donaldjtrump.com/contact

A Prophetic Message You Need To Hear 2020

Many of us who are on a journey with the Lord come into the Kingdom with our own ideas about how He should manifest His life through us. In the coming days many will experience intense sorrow as our image of God and our own image of how we think Christ should be glorified through us will suddenly be taken away from us. Things that we thought we were going to be in Christ and things that we thought God was obligated to do through us will suddenly be shaken. God in His mercy will shake everything that can be shaken so we can gain a right perspective of who He is and who we are in Christ! God will shake it all until all worldly security is gone and there is nothing left in His church but Christ Himself!

This Prophetic Message Was Preached November 1, 2009 by Carter Conlon

When will God's Kingdom reign over the earth?

Some faithful followers of Jesus wanted to know when God's kingdom will come into power. However, Jesus did not give them an exact time (Acts 1:6, 7). However, he had given them clues earlier: He had spoken of certain events that would all occur together. (Luke 21:31) This would help his followers realize that "God's kingdom is near" and will soon reign over the earth.
WHAT EVENTS DID JESUS ANNOUNCE?

Jesus said: "One nation will rise against another and one country against another. There will be great earthquakes, and in one region after another, food shortages and epidemics" (Luke 21:10, 11). Similar to the lines of a fingerprint, these features together form a distinctive sign. They clearly mark the time when "God's kingdom is near. Did the events mentioned above occur together and can they be observed worldwide?


In 1914 a war broke out such as never before in human history - the First World War. Historians therefore often describe the year 1914 as a turning point in history. For the first time, tanks, aerial bombs, machine guns, poison gas and other deadly weapons were used on a large scale. The Second World War followed shortly after, during which the first atomic bombs were used. Since 1914 there has always been war somewhere on earth. These wars have claimed millions of lives.


Every year, according to Britannica Academic, there are about 100 earthquakes large enough to cause devastating damage. The US Earthquake Surveyor USGS writes: "According to long-term records (since about 190, 16 major earthquakes are expected annually. Although some scientists attribute the increasing number of earthquakes to better detection technologies, the USGS has not yet been able to identify them. However, the fact is that major earthquakes are causing unprecedented levels of suffering and death worldwide.


As a result of war, corruption, economic crises, mismanagement in agriculture or lack of preparation for extreme weather conditions, food shortages occur worldwide. According to a 2018 report by the World Food Programme, 821 million people worldwide are starving, 124 million of whom are threatened with starvation. Malnutrition contributes to the death of over 3 million children every year. In 2011, this was about 45 percent of all deaths among children worldwide.


A publication of the World Health Organization (WHO) states: "The 21st century is already characterized by devastating epidemics. Old diseases like cholera, plague and yellow fever are on the rise again and new ones are appearing: SARS, pandemic influenza, MERS, Ebola and Zika". Although medicine has made enormous progress, it cannot cure many diseases.

5. A WORLDWIDE WORK OF PREACHING


Jesus pointed to another feature of the sign: "The good news of the kingdom will be made known throughout the inhabited earth as a testimony to all nations, and then the end will come" (Matthew 24:14). In the midst of today's chaotic world, about 8 million people of various origins proclaim the good news of the Kingdom of God. They preach in 240 countries and territories in over 1,000 languages. This is unique in the history of mankind.
WHAT DOES THE SIGN MEAN FOR US?

The characteristics that form the sign can be observed today. Why should we be interested? Because Jesus said: "So you also, when you see these things happening, recognize that God's Kingdom is near" (Luke 21:31).
Jesus as King on a throne in heaven, including the heavenly earth.

The sign that Jesus called leads us, along with the biblical chronology, to the year 1914 * It was then that God established His Kingdom in heaven and set His Son Jesus Christ as King (Psalm 2:2, 4, 6-9). Soon God's Kingdom will reign over the earth. It will abolish all other governments and make the earth a paradise where people will live forever.

Then the request from the Lord's Prayer will be fulfilled: "Let your kingdom come. Let your will be done, as in heaven, so also on earth" (Matthew 6:1. But what has the kingdom achieved since 1914? And what can we look forward to when the kingdom reigns over the whole earth?

How does the Bible define FAITH?
Shortly after the apostle Paul defined faith under the guidance of God, the letter of James was probably written. James also explained that true Christian faith includes activity. He wrote: "Show me your faith without works, and I will show you my faith through my works." (James 2:18) James then pointed out the difference between mere faith and the exercise of faith. Demons believe in the existence of God, but they have no real faith. (Jam. 2:19, 2) In contrast, James wrote about a man of faith in ancient times: "Was not Abraham our father righteous through works after he had offered Isaac his son on the altar? You see that his faith worked together with his works, and by his works his faith was made perfect". To make it clear that faith must show itself through works, James added: "As the body without the Spirit is dead, so faith without works is dead" (Jam. 2:21-23, 26).
How does the apostle John help us understand how important it is to exercise faith?
Over 30 years later, the apostle John wrote his gospel and three letters. Did he understand what other Bible writers, under divine guidance, had already explained about the importance of true Christian faith? More than any other Bible writer, John used the Greek verb, which is sometimes translated as "to exercise faith.
He explained, for example, that "He who exercises faith in the Son has eternal life; he who does not obey the Son will not see life, but the wrath of God remains on him" (John 3:36). Christian faith includes obeying Jesus' commandments. John often quoted Jesus' words that show that faith must be exercised, which is an ongoing process
(John 3:16; 6:29, 40; 11:25, 26; 14:1, 12).