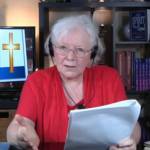 HOW MUCH DIFFERENT—REALLY—IS THE INSTITUTIONAL CHURCH FROM THE WORLD? by Susan Stubbs Hyatt, 1/13/2021.

I have some thoughts that have been on my mind for several days. These reflections involve parallels between what I have witnessed in my decades-long journey in the Church world and what we are seeing in the political arena of our day.

Please, know that the political scenario to which I refer is not limited to the USA, but at this time, it is probably most visible on the American scene because of the war for the very soul of the nation.

Since context always matters, allow me to refer you to my testimony, “Discovering Truth: My Journey as a Woman in the Church.” It will provide context necessary to understanding my remarks. It is available at amazon.

First, a few thoughts on unity in the Body. From Scripture, we know that in the beginning (i.e., Creation), there was unity, but when Eve turned her gaze from God to Adam, she set up the first hierarchy (i.e. in what we call “The Fall”). From that point forward, people became separated and divided into opposing factions (i.e., originally manifest in two individuals, but eventually, manifest in groups). We also know that Jesus provided for the restoration of the unity of the Spirit—if we humans choose to accept it—keeping in mind that He warned that He had not come to bring peace, but a sword (Matthew 10:33-35). And, Paul, in dealing with “unity,” noted that we cannot create the unity of the Spirit; instead, we are to MAINTAIN the unity that only the Holy Spirit can give (Ephesians 4:3).

Over the decades, I have been in various ecclesiastical settings that have tried to coerce me to conform to their belief systems and values. Local congregations. Bible schools. Seminaries. Parachurch groups. Perhaps God, in preparing me for this pressure to conform that He knew would come, spoke to me in 1963, when I was still in high school, from the J. B. Philips paraphrase of the New Testament:

With eyes wide open to the mercies of God, I beg you, my brothers [and sisters], as an act of intelligent worship, to give him your bodies, as a living sacrifice, consecrated to him and acceptable by him. Don’t let the world around you squeeze you into its own mould, but let God re-mould your minds from within, so that you may prove in practice that the plan of God for you is good, meets all his demands and moves towards the goal of true maturity (Romans 12:1-2).

Now, with all of this preamble, I want to go on record as saying that when God raises up a person or group to participate with Him in the restoration of some part of the Gospel/Bible Message of Jesus, that person or group is like light shining in the darkness. Have you ever seen bugs or rodents scatter when someone turns on the light? Or have you ever seen the desperate reaction of a trapped animal? These pictures go a long way in helping us see what happens when someone turns on the light of Biblical Truth, exposing error that has dominated the culture of a church or Christian educational institution.

In fact, when error and “religious” values are exposed by the light of Truth, all hell breaks loose against those who have turned on the Light! Fear prevails among the power brokers! They panic when they cannot refute the facts and strike back. Failing in this regard, they turn their efforts to the PERSON, with seemingly legitimate and diplomatic ways to silence, alienate, and destroy the offender. Those whose comfortable social position of power is threatened by Truth tend to resort to such things as name calling and defamation of character, rejection and shunning of the person espousing Truth, and all-out efforts to silence and destroy that person. What? In the Church? Yes. In the church.

I am sharing this to say that what I have experienced as I have carried out my God-given assignment to turn on the light regarding the Biblical equality of God’s women—always being careful to keep the doctrine within the parameters of the Gospel—has been similar to what I see happening among the politicians of the nations of the world, including America. In sharing this, my point is not to condemn my Christian brothers and sisters; it is simply to expose the problem and hopefully, facilitate repentance.

May we, as Christ’s ambassadors, not be so quick to point the finger at the politicians, but first and foremost, may we examine ourselves. We are reminded that when we repent, times of refreshing come from the presence of the Lord (Acts 3:19), and that “in returning and rest shall ye be saved; in quietness and in confidence shall be your strength” (Isaiah 30:15).

So I end, as I began, with the question: How much different—really—is the institutional church from the world? 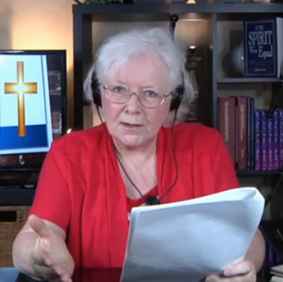