“Gun-rights advocates often fixate on the second half of the amendment, claiming that the phrase about a militia is just something that provides a reasoning for the second phrase. Many opponents of gun control even suggest that the only phrase here of key importance is "shall not be infringed." … Looking at the debates surrounding the Second Amendment and military power at the end of the eighteenth century, however, we find that the authors of the Second Amendment had a more sophisticated vision of gun ownership than is often assumed. Fearful that a large federal military could be used to destroy the freedoms of the states themselves, Anti-Federalists and other Americans fearful of centralized power in the US government designed the Second Amendment accordingly. It was designed to guarantee that the states would be free to raise and train their own militias as a defense against federal power, and as a means of keeping a defensive military force available to Americans while remaining outside the direct control of the federal government…Patrick Henry mocked the idea that liberties could be preserved by simply "assembling the people." Without locally controlled, military might, Henry noted, federal force could destroy the independence of the state governments. Similarly, George Mason concluded that the "militia ... is our ultimate safety. We can have no security without it." - https://mises.org/wire/why-we-....cant-ignore-militia-

Why We Can't Ignore the

While many defenders of private gun ownership recognize that the Second Amendment was written to provide some sort of counterbalance against the coercive power of the state, this argument is often left far too vague to reflect an accurate view of thi
Please log in to like, share and comment! 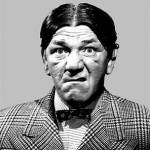 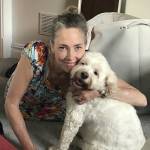