“Opinion in good men is but knowledge in the making.”-- Milton

“When there are competing claims, the only legitimate way to decide which is right is to have everyone check the arguments of everyone else.”—Jonathan Rauch

“There is the greatest difference between presuming an opinion to be true because it can not be refuted, and assuming its truth for the purpose of avoiding being refuted. The liberty to disprove our opinion is the very condition which justifies us in assuming its truth for the purposes of action, on no other terms can one rational assume to being right.”---John Stuart Mill

The latest maneuver in the Left's war on free speech is their coordinated attack against Twitter whose new owner seems determined to eliminate that platform's suppression of free speech. Twitter or that other social media giant, facebook, which is maintaining its allegiance to Big Gov and Demo speech suppressors, are major influencers of public opinion and, by extension, elections. Thus, they have a major impact on the future of American Liberty if they are successful in suppressing those of us who support and defend it.

Twitter was the biggest of the Big Techspeech suppressors. That platform, in collusion with the liberal/democrat Party and its Leftmedia propagandists, led the charge just ahead of the 2020 election to conceal the blockbuster biden/chiCom pay-to-play schemes that were detailed on hunter's laptop.

Musk announced: "The world should know the truth of what has been happening at Twitter." Naturally, the enemies of free speech immediately decompensated in a fit of fear and rage. That manifested in an effort to defund Twitter — an effort led by the same "invisible" influencers who are controlling the news you read: advertisers.

What is really "dangerous" is the Leftmedia/Big Tech assault on free speech, including their efforts to defund free speech platforms. David Black, Ph.D., creator of a national database exposing woke corporate agendas, noted that BIG corporations have aligned themselves with BIG government, and believe, correctly, that advertising with organizations that express opposition to BIG government political agendas will result in unfavorable treatment. For this reason, they are steering clear of media platforms, including Twitter, that dare allow objective conservative news and conservative opinion.

David lays out the reason why many companies appease the Left: "Radical leftists are well-organized and well-funded (Soros, Gates, Bloomberg, etc.), and they coordinate protests and boycotts well. Conservatives, who support free speech, don't gang up on those whose speech does not fit their political narrative...The Left's objective is all about money, power, and elitism. These socialist radicals have six primary targets: 1) Protected 1st Amendment freedoms; 2) The protection of Liberty by the 2nd Amendment; 3) Sanctity of life; 4) Safe civil society protected by enforcement of laws and the integrity of borders; 5) Critical thinking and fact-based education; 6) American ingenuity, especially environmental problem solving as opposed to the Left's 'climate change' agenda."

So, how do these big corporate cancel culture cowards control what and how news is reported to you? They do it by strangling media outlets of their life's blood: advertising revenue. Twitter is just the latest of the free speech platforms to lose advertising. The same thing has been happening with Fox News and every other commercial conservative-leaning news platform dependent on ad revenues. Some are self-censoring their reporting to avoid additional losses, and there's nothing "fair and balanced" about that little secret.
cont'd... 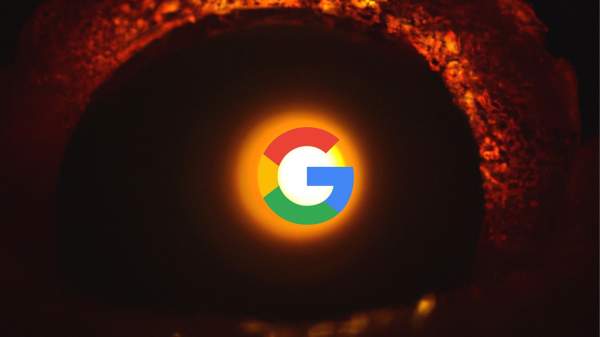 I spent the last couple of weeks in Greece, namely Athens and Crete, cruising the Aegean waters and tasting the cuisine, which is superb, almost as superb as the ancient monuments.
Please log in to like, share and comment!

“Opinion in good men is but knowledge in the making...Give me the liberty to know, to utter, and to argue freely according to conscience above all liberties.”—Milton

“The easier it is for people to speak freely, and the more people actually do so, the more likely it is the truth will emerge from the fray.”—Daniel Johnson

"We must have a citizenery capable of seeing through lies and deception; understanding the principles of self government in the pursuit of justice; and distinguishing between comfort and actual freedom.”— Peter Wood, NAS president

The great poet Milton was horrified to find that those he had so vigorously defended in the name of freedom were themselves behaving autocratically when they had the power to do so. George Orwell wrote that what Milton was expressing was an experience that has happened in history again and again, rather monotonously, in all subsequent revolutions.

And today we find that demonic urge in the attempt to silence, to censor, and to suppress that has gripped our liberal elites, the class that has most to lose by succumbing to the gagging mania. The very institutions that should guard freedom of speech, freedom of the press, and freedom of conscience most jealously have been the vanguard of what some call the "Great Intimidation”(1.). It is often based on charges so vague or even outright lies as to be impossible to falsify and hence to refute(2). In short its a modern day witch-hunt aimed at closing down debate.

Those who demand that their ideological beliefs should be imposed on others by force are not exercising their right to free speech, but closing it down for others. Freedom of speech, of course within the wide bounds of “democratic” behavior, applies to everybody or to nobody. The former always, always should be the preference.

This creeping form of censorship begins with and ends with the burning of books.

“Whenever they burn books, they will in the end burn human beings too.”--Heinrich Hein


1. The most dangerous form of censorship is self-censorship

2. No good idea is the immune from bad use but that does not mean it is destined to serve that purpose.

America’s energy crisis is mostly US liberals/democrats’ fault. libs/dems spent the last 3.5 years liberating US oil and gas investment, production, and transport instead of strangling them, energy would be far cheaper. America is experiencing our worst energy crisis since the 1970s. The US is experiencing a dangerous shortage of diesel fuel. Blame our anti-fossil-fuel politicians, who: Prevented us from importing Canadian oil well-suited to our refineries Prevented or shut down diesel-producing capacity in the US Threatened new investments in diesel. biden’s use of our Strategic Petroleum Reserve to temporarily lowering prices to win votes during a midterm election is actually far more than unethical. The root of our global energy crisis is Green Energy Fascism—the idea that government should have total control over the energy industry (fascism) used for the “green” goal of rapidly eliminating fossil fuels and nuclear. The solution is Energy Freedom. America is taking a “punish America” approach to reducing CO2, making our energy more expensive and less reliable while China, Russia, and others increase their emissions. We need a “liberate American innovation” policy instead. The Reality The only moral and practical way to reduce CO2 emissions is innovation that makes low-carbon energy globally cost-competitive.
Europe has extreme dependence on Russian natural gas because Europe has foolishly restricted fossil fuel and nuclear energy production on the false promise that unreliable solar and wind could replace it. America's grid is in decline and about to get far worse due to policies that 1) reward unreliable electricity, 2) prematurely shut down coal plants, 3) criminalize nuclear, and 4) force electric vehicle use.

All, we’re lied to and told, to solve a climate crisis!
cont'd...

Why such a hate-monger, Joy-Ann Reid of MSNBS? On the whole, life and MSNBS are treating you pretty well. And yet, over the last 10 years, you have complained pretty much nonstop about how badly you, and "people who look like you" are treated in America.

I will take on faith, Joy-Ann, that your life up to age 16 -- spent in the racist hellscape that was 1980s Denver, Colorado -- was practically a maelstrom of cross burnings, Night Riders and segregated water fountains.

Let's focus on the recent past.

You were admitted to Harvard with SAT scores that would have gotten an Asian kid disowned by his parents.

You manage to keep your show at MSNBC with ratings that would get a white person canceled.

People try harder to laugh at your excruciating jokes than they would for a male of any race.

Plus, I have it on good authority that no one at MSNBC has pestered you about touching your hair.

Your brief daytime show on MSNBC made ratings history, garnering only 38,000 viewers in the demo its first day on air -- the lowest for the entire network! That inched up to 56,000 viewers two days later, the second lowest for the network. Ronan Farrow's show debuted the same week. But while he was quickly cashiered for poor ratings -- you were promoted, even though he is white and you are black. Dodged a bullet there!

You weren't prosecuted for making a false FBI report when you claimed that right-wing saboteurs had hacked your blog, planting long, venomous threads about gay people. It seems your go-to attack for celebrities and Republicans is to accuse them of being gay. For example, you described Dick Cheney "topping off" Sean Hannity -- gay slang for oral sex -- and repeatedly ran your "Top 5 'totally not gay celebrities of the year."

Nor were you fired for your preposterous, and quickly disproved, lies about having been hacked when it was you who mocked people for being gay -- including Oprah.

Your many, many blog posts sneering at gays were written just 10 years earlier, when you were an adult and a professional journalist. Meanwhile, teenagers -- even white ones! -- are being thrown out of college for the stupid things they said on Snapchat when they were 15. But you came through like a champ, without consequence -- despite being black!

Indeed, instead of firing you, MSNBC gave you a prime-time show. This is the network that canned Chris Matthews (astonishingly, another white male) for telling girls they're pretty. And who took the humiliated Matthews' time slot? YOU DID! Despite the fact that he is white and you are black.

Joy-Ann: "I'll say it again: People on the right would trade all the tax cuts for the ability to openly say the N-word like in 'the good old days.'"

That comment, like many made by you, seems at variance with the facts, and not based in reality. But has your delusional hatred of white Americans held you back? Not so's you'd notice.

Joy-Ann: "Currently, most K-12 students already learn a kind of Confederate Race Theory, whereby the Daughters of the Confederacy long ago imposed a version of history wherein slavery was not so bad and had nothing to do with the civil war, and lynchings and violence never happened."

Were you taught "Confederate Race Theory" at your high school, Joy-Ann? You know, the high school in Denver, Colorado, in the 1980s? My heart wants to believe you, but my head is telling me, "This woman is a lunatic fantasist."
cont'd... 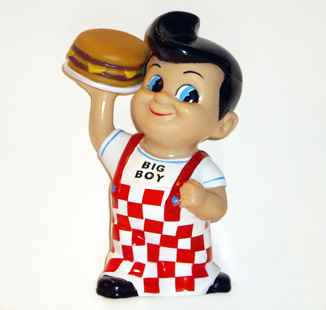