Be Patient With The Weak

"We then who are strong
ought to bear with the scruples of the weak,
and not to please ourselves."
Romans 15:1

Be patient with people. Be patient with those who are weak. Truly lend them an ear fully-listening to them, for they are equally valuable in the heart of the Lord, they too are made in the image of God. Ask God to let you see the Lord in them.

vs 7:
"Therefore receive one another,
just as Christ also received us,
to the glory of God."

When you find yourself annoyed with the weak, remember the condescension of the Lord himself who is so much greater than us, yet he receives us and listens to us constantly. Love him by loving them.

From:
Along Emaus Road
http://alongemausrd.blogspot.com/

WHAT HISTORY WILL SAY ABOUT AMERICA SOMEDAY

A CALL TO ANGUISH
by David Wilkerson

When a person seeks recognition for himself, that very act removes the worth of it. It’s extremely difficult to resist doing. I listen to many interviews with people who have risen to prominence, and to a man they cannot cease to say, "as I said in my book..." over and over again until we're weary of hearing it. They may have gained fame and fortune because of their book or whatever work they've accomplished, but this kind of "glory" is worthless in the eyes of God. The very act of trying to bring glory to themselves makes the glory worthless.

"But all their works they do to be seen by men.
They make their phylacteries broad
and enlarge the borders of their garments.
They love the best places at feasts,
the best seats in the synagogues,
greetings in the marketplaces,
and to be called by men, ‘Rabbi, Rabbi.’"
Matthew 23:5-7

In other words, they dress richly and seek a name, they seek to be admired and honored before men and to be called "doctor so-and-so."

God hates pride. It was what brought down the greatest of all the angels, Lucifer, now known as Satan. And it's what corrupts MOST men who have made a name for themselves.

From:
Along Emaus Road
http://alongemausrd.blogspot.com/

A TABLE BEFORE ME IN THE PRESENCE OF MY ENEMIES 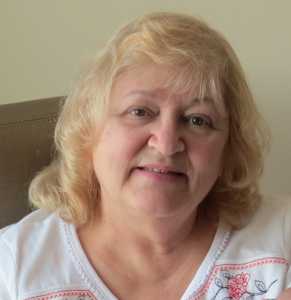