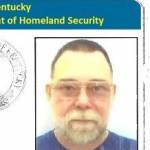 Okay, I promised this to some of you. School’s open:

Our “progressive” overlords are so giddy with their victory that they’re actually quite often working at cross-purposes with one another, as everyone scrambles trying to get their pet issue to the head of the line. Amusing as this is, we can’t count on it lasting very long. Indeed, certain of their little elves have remained hard at work throughout, and are near to presenting their finished product: A Blacklist.

Surely you’re not surprised; a carefully-crafted Blacklist is one of the essential building blocks of oppression. The next thing will be an equally well-crafted list of Political Crimes; “well-crafted” in the sense that anyone who finds themselves on the Blacklist can routinely be assigned one or more Political Crimes, thus populating a new subset in the demography called “Political Criminals”.

Political Criminals serve various essential functions in totalitarian societies, perhaps the most essential is that of providing a group that can legally be discriminated against, looked down upon, reviled. Political Criminals can be relegated to the most menial ill-paid jobs; required by law to live only in specified zones and, of course, the police can demonstrate their zeal and efficiency by continuous public harassment.

Much as I’d love to, I can’t even blame the “progressives” for introducing this system to the modern United States. That “honor’ goes to the George W. Bush administration, the inception of the Department of Homeland Security, and the establishment of the “No-Fly List”. A compiled list of persons – many of them U.S. Citizens – deprived of a right without a trial, without charges, without even being informed of the action. How do you get on the List? Shrug.
Who’s in charge of the List? Blank stare. How in the hell do you appeal being on the List? Laughter. And we have put up with this for almost twenty years now. Enough history …

Now; what are the possible counter moves to Black Listing? Escape and evasion networks, established sanctuaries, grafting new identities. If anyone is interested, simply ask and I’ll delve into those subjects next time.

Dear Progressives,
Congratulations; you’ve finally proven to the world that selling a pig to anyone is simple a matter of applying enough lipstick. I’m sure she’ll be adequately comfortable in the Vice Presidential residence while conspiring to depose Joe’s demented old ass.
Go out and celebrate your very, very expensive victory. Drink, dance, act a fool, smoke a doobie, blow a couple of lines and all your friends. Wake up four days from now with your guts on fire and your head like a train wreck. I want you to have a good time. In fact, if about a third of you die of overdose or alcohol poisoning …
As for those of you who survive, some bad news: All the **** you’ve been talking about “finding”, “punishing”, “deprogramming”, etc.; now you’re going to have to make good on it. “Cleansing”, one of you phrased it, as in “ethnic cleansing”. Great; I want to play that, too.
So go puke your liver out, **** a condom, take several aspirins, and consider the Brave New World you worked so hard to bring about. That’s the world where your pathetic ass comes hunting ME.
See you in the woods.
Hiram

“For All we Have and Are”

For all we have and are, for all our children’s fate,
Stand up and meet the war; the Hun is at the gate!
Our world has passed away in wantonness overthrown.
There is nothing left to-day but steel and fire and stone.

Though all we knew depart, the old commandments stand:
“In courage keep your heart, in strength lift up your hand.”

Once more we hear the word that sickened earth of old:
“No law except the sword unsheathed and uncontrolled,”
Once more it knits mankind, once more the nations go
To meet and break and bind a crazed and driven foe.

Comfort, content, delight— the ages’ slow-bought gain—
They’ve shrivelled in a night; only ourselves remain
To face the naked days in silent fortitude,
Through perils and dismays renewed and re-renewed.

Though all we made depart, the old commandments stand:
“In patience keep your heart, in strength lift up your hand.”

No easy hopes or lies shall bring us to our goal,
But iron sacrifice of body, will, and soul
There is but one task for all— for each one life to give.
Who stands if freedom fall? Who dies if England live?

I had some spare time today, so I took a drive around town; saw a few neighborhoods I don't often pass through.
What impressed me most was the number of "Trump-Pence 2020" signs and flags still flying. They're everywhere.
I know The Narrative says that all of Trump's supporters have accepted defeat, and just want him to concede so we can all begin our weary trudge through a Biden presidency. Bullshit.
They understand what they are to the "Progressives": discards, inconvenient people. They understand that their values don't matter; their lives and livelihood only count as convenient sacrifices to the Globalist agenda. They also understand that this is the Last Stand for our Constitutional Republic; if it goes down now, it will never rise again in our lifetimes.
These people - Hillary's "basket of deplorables"; Obama's "bitter clingers" - aren't anywhere near defeated; they want Trump to fight and they're willing to fight with him.
So am I. 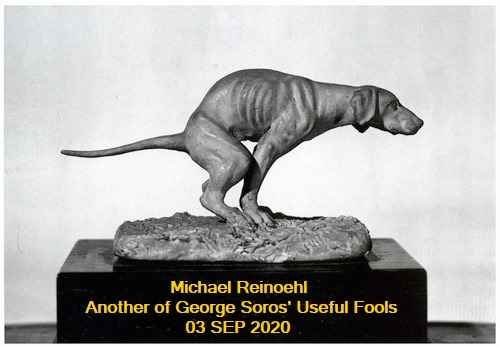 Ask me and find out. 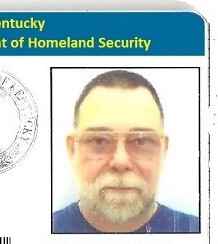