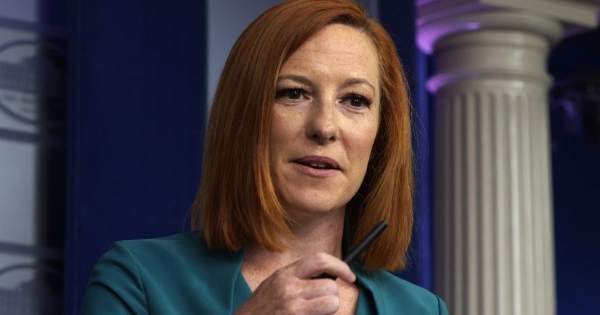 Hello, everyone! I pray you're all doing well, staying safe and having a blessed day. After being with a good friend, I have a thought I'd like to share with you all. But before I get into that, let me preface it by telling you all that I was born legally blind. I have optic nerve hypoplasia, which means that the optic nerve never fully developed. I see lights, colors and objects, but I see out of the sides of my eyes closest to my nose. I cannot tell what a person looks like, although I can generally tell if a person has a darker color of hair or not. However, I consider this as a blessing. Here's why. Society teaches people to discard each other if one doesn't look the best. People stereotype by way of looks, among others, of course. One of them that I see in life is that one may think that because a person like myself is blind, they must be deaf or mentally disabled as well, which is far from true. But I have a close friend who is always quick to point out whether a person looks great or if they look like an unmade bed, so to speak. She won't even go to church because she can't get in to see her beautician, and because she had shoulder surgery, she's not able to fully wash her hair, and because she is mixed, her hair might fall out if she washes it too much. But she won't go to church because her hair isn't right. I'm not at all against people using their resources to make themselves look as well as they can. However, too many times, people are discarded because they look ugly, have no teeth, have a deformed face or don't wear the right type of clothing. Friends, we have to remember that in Scripture, Jesus talks to us about being that cup that is clean on the outside but is full of bitter envy and hate and all kinds of sinful desires on the inside. Maybe if we stop putting ourselves into a category of being better than someone because they don't look as good or as clean, and maybe if we realize that the inside of our cups aren't as clean as they should be and take care of it, and we really start to judge a person by their character instead of how they look, we may get to know some wonderful people. One person my friend was putting down because of her looks happened to be a person who saw me at a bus stop in either 2012 or 2013, one of the two, and asked me where I was trying to get to. I told her I wanted to go to McDonald's to get breakfast, and that I needed to get some batteries. She ended up taking me so that I wouldn't have to wait on a bus and didn't charge me a thing. But to my friend, she's ugly. So I just wanted to encourage you to stop looking at someone by their outward appearance and start judging a person by their heart. Maybe if we can help them fix the problems they may have on the inside, they will be beautiful on the outside, too. God bless you all.

Hello, everyone. I'm coming out here to ask you to keep me in your thoughts and prayers, as I fell out of my shower today and have a pretty decent knot on the back of my head. I'm not hurting, and I'm able to think clearly, but I do feel a bit of pressure from where I hit my head. But anyway, I pray you're all doing well, staying safe and having a blessed day.

I wonder if anyone else feels the same way on this. I can't help but to think that with the Socialists frauding us out of our freedom by stealing the election, I can't but help wonder if all of these mass shootings we've experienced is a coordinated attempt to make gun control an issue. It just seems weird that under President Trump, we barely had mass shootings, but now since Biden has taken power, it seems like we're making up for all of the mass shootings we didn't have under the Trump Administration. Just an observation, though. What do you all think? Anyway, I pray you're all doing well, staying safe and having a blessed day.

Hello, everyone! I pray you're all doing well, staying safe and having a blessed day. What with trying to learn the layout of this wonderful platform, I haven't had a lot to say, so I figure I'd come out here and tell you all a little bit about myself. I am a 38-year-old male who is just out to make new friends and meet new people. I was born with an eye condition called optic nerve hypoplasia, which means that the optic nerve didn't fully develop. This condition is usually found in babies born premature, but I was born two weeks late. I was born in Kokomo, Indiana to two wonderful parents who are Christians and Conservatives. Shortly after I was born, my dad had to take us back to South Carolina, as he was in the Navy. It was there that my sister was born. After my dad's time in the Navy, we moved back to Kokomo, Indiana to be closer to family. At the age of 4, I became a residential student at the Indiana School for the Blind, now Indiana School for the Blind and Visually Impaired. But when I was 6, my family moved to Indianapolis, but during a trip to Kokomo, my aunt told my sister and I about God's saving grace that was shown to us by the death of Jesus. My sister and I gave our lives to Jesus as we were coming home from my cousin's baptismal service. For me, there has been no looking back. During my early years, my parents discovered that I had developed talent in music, as I would learn new songs I heard by ear. But ironically, the first time I heard a piano being played for the first time, I was terrified of it because it was so loud. I must mention here that sometimes when one is blind, and they can't see what something is, they may get scared easily, and that was what happened with me. We were in church at the time, but I was in the nursery. The piano wasn't far from the nursery. The staff ended up having to take me away from it, and we walked around the church a bit. But after church, my mom was told what happened, and she showed me the piano, and it was love at first touch. So, I got my first piano lesson when I was 7 going on 8, and I got my first piano shortly after, thanks to my family. When I was about 9, it was very clear that my mom and dad weren't getting along. By this time, I was spending only 2 nights a week at school, as they thought this would be great to give me a chance to develop more social skills. So it didn't affect me too bad when my mom and dad finally divorced. Around the age of 10, both my mom and dad found someone new to marry, and I was blessed with wonderful stepparents and stepbrothers from my stepmom. At around the age of 11, we moved back to Kokomo, Indiana, and I once again became a full-time residential student again. It was very difficult to adjust to, but God was with me, and I made the adjustments. But by the time I became a teenager and earned more priveleges, I loved being at the school, and it became more of a home to me. I was really participating in jazz combo and a few sports. I was also briefly interested in Ham Radio, and so I had a lot going on, but at the same time, I got closer to my friends, too. On September 13, 2001, I lost my grandpa due to a massive heart attack. I'm still blessed to have 3 grandparents still around out of the ones I was blessed with from birth, and my stepmom's parents and grandma are still around, and they're also great people. But Grandpa York was one I spent a lot of time with, and we had lots of fun going to the auction on a weekly basis. We also would go to breakfast on Sunday morning with relatives, and a couple of these same relatives would go out to eat with us on Saturday night, too, just before we went to the auction. But, God helped me get through the grief of losing him. On May 22, 2003, I graduated from the Indiana School for the Blind. It was a bit difficult, as I had made a lot of friends there, and many of my friends were scattered around the State of Indiana. I moved out on my own on July 13 of the same year. Of course, like many of us, there are some things I wish I could correct and handle the right way, but God doesn't allow us to go back in time, and in so many ways, that could be a great thing. I was vulnerable and let myself be taken advantage of a lot, but I've become stronger for it. But God has been and always will be a great God, and I certainly look forward to meeting Him face to face one day. If anyone has any questions, you're welcome to ask me. I don't get offended easily, and I don't believe in making anyone feel stupid because of their questions. God bless you all, and I'm glad to meet you!

I love to have fun, laugh, listen to music and sports. I was born with optic nerve hypoplasia, which means the optic nerve didn't fully develop.