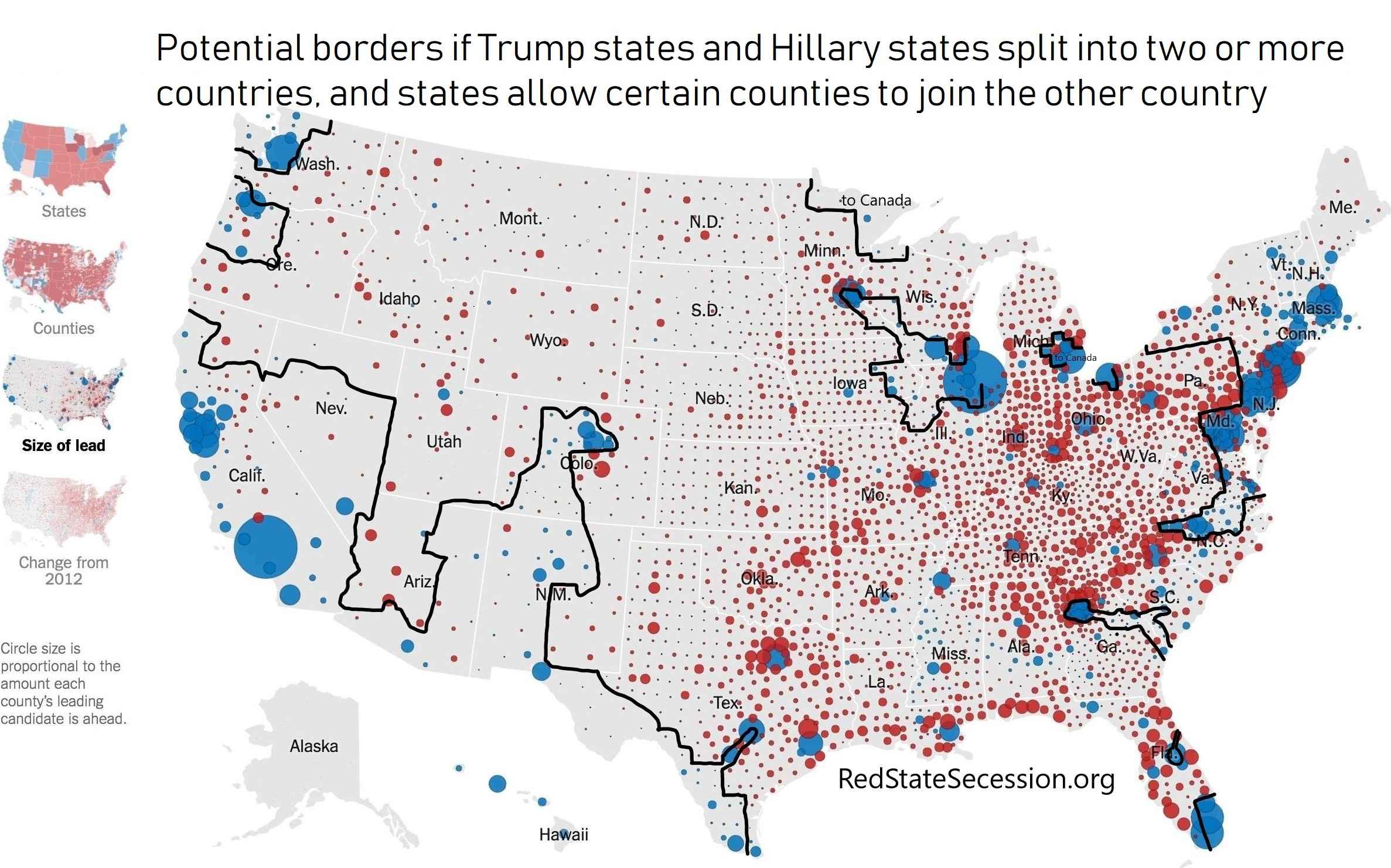 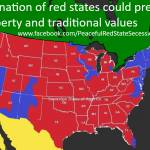 Twenty-three counties in Illinois voted to separate their counties from Chicago according to preliminary results posted by county clerks Nov 3 or reported by phone Nov 4. The attached map displays the results I collected. Three of these counties voted in March, not this month.

The largest group of counties that voted on the issue are a group bordering southern Indiana. Although the Illinois General Assembly would be reluctant to add two Republicans to the US Senate, it is possible that it might be willing to let these counties share Indiana’s senators. Getting rid of these counties would actually improve Illinois’ state budget outlook. Yet if Indiana is choosy about which counties it selects, it could choose a group of counties that would match Indiana’s average income.

Illinois’ legislature certainly wouldn’t miss the republican state legislators that downstate Illinois sends to Springfield. As the Left and Right in America grow more distant, and the friction between them grows more dangerous, moving state borders may be the necessary way to de-escalate. It's been done before many times in history. For more on this, see https://redstatesecession.org/....how-illinois-countie

Contrary to reports, the author of the petitions and signature-collection efforts is Collin Cliburn of “The Illinois Separation”, not GH Merrit’s New Illinois. Collin is reachable for interviews 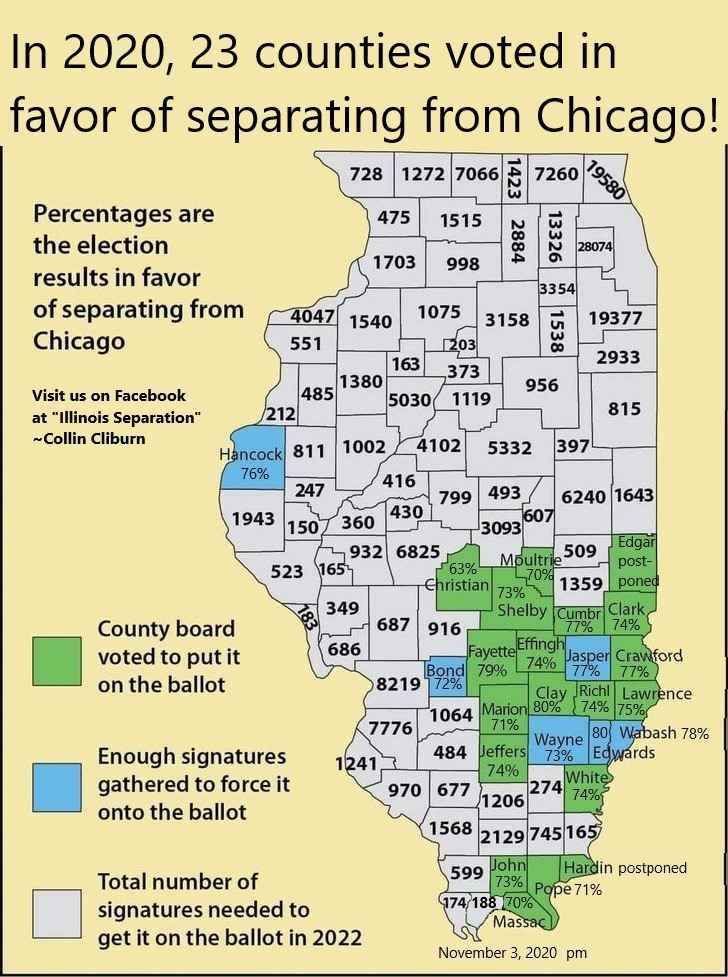 Big news for greater Idaho! You should "like" the Move Oregon's Border page #greateridaho https://usa.life/post/1748621_....press-release-greate 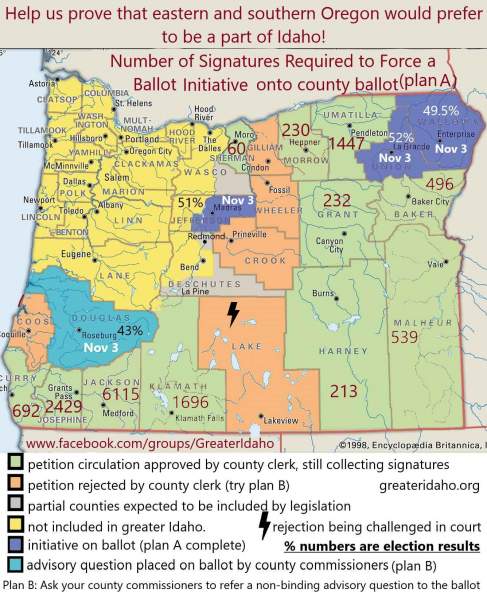 Press Release #greateridaho Four counties in Oregon voted on the idea of moving the Oregon/Idaho state border to allow Oregon counties to become a part of
Please log in to like, share and comment!

Victory! 93% of 8300 Texas Republican Party delegates voted in favor of:
1. asserting the right of Texas to secede and
2. urging nullification of federal overreach
#texit #secede
https://tnm.me/news/tnm-news/v....indicated-texas-gop-

New poll of 2000 voters released yesterday. Support for the secession of one's own state is at 39.3%, both Dems and Republicans. The poll doesn't say how many are undecided on secession, but a 2016 poll had 15% undecided, which could make both proponents and opponents a minority in this case.

The results would be much better if they had asked about joining a group of like-minded states to secede. Some states are landlocked, so their residents aren't likely to want to be the first state to secede.

If the US average is 39.3 percent, then some states are majority in favor. It only takes Texas seceding to force other red states to recognize that they can't win elections without Texas, so they will have to secede too. We don't need a national majority. We just need a majority in a key state like Alabama, Louisiana, greater Idaho, or Texas.

Here's the wording of the poll question: "If [Candidate Respondent Did Not Support] wins the presidency, how likely would you be to support the idea that your state should formally request to secede from the United States?" https://www.ktsa.com/poll-near....ly-40-percent-of-lik 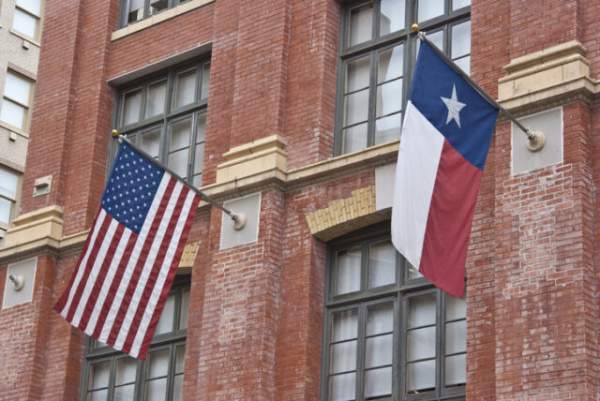 Retrench to a position of strength. Split the US to preserve liberty and traditional values on this continent. visit us at RedStateSecession.org
We post more often on Gab, Parler, and MeWe:
gab.com/RedStateSecession
mewe.com/i/red-statesecession
parler.com/profile/859587665151 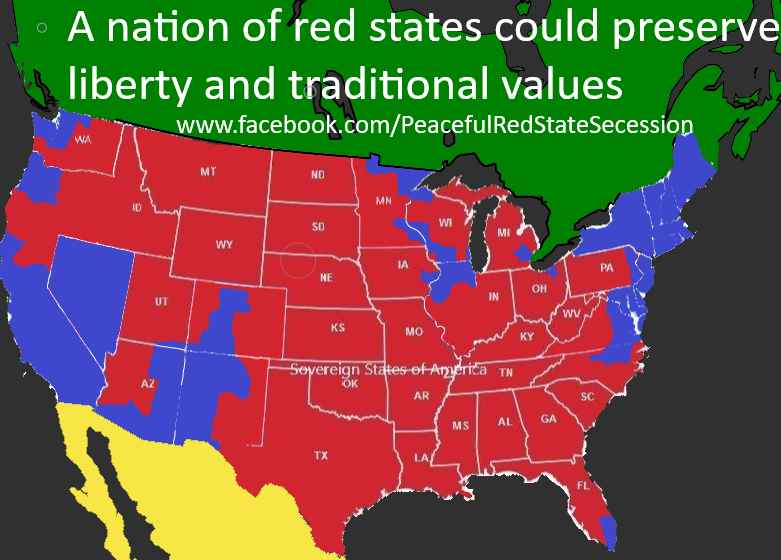