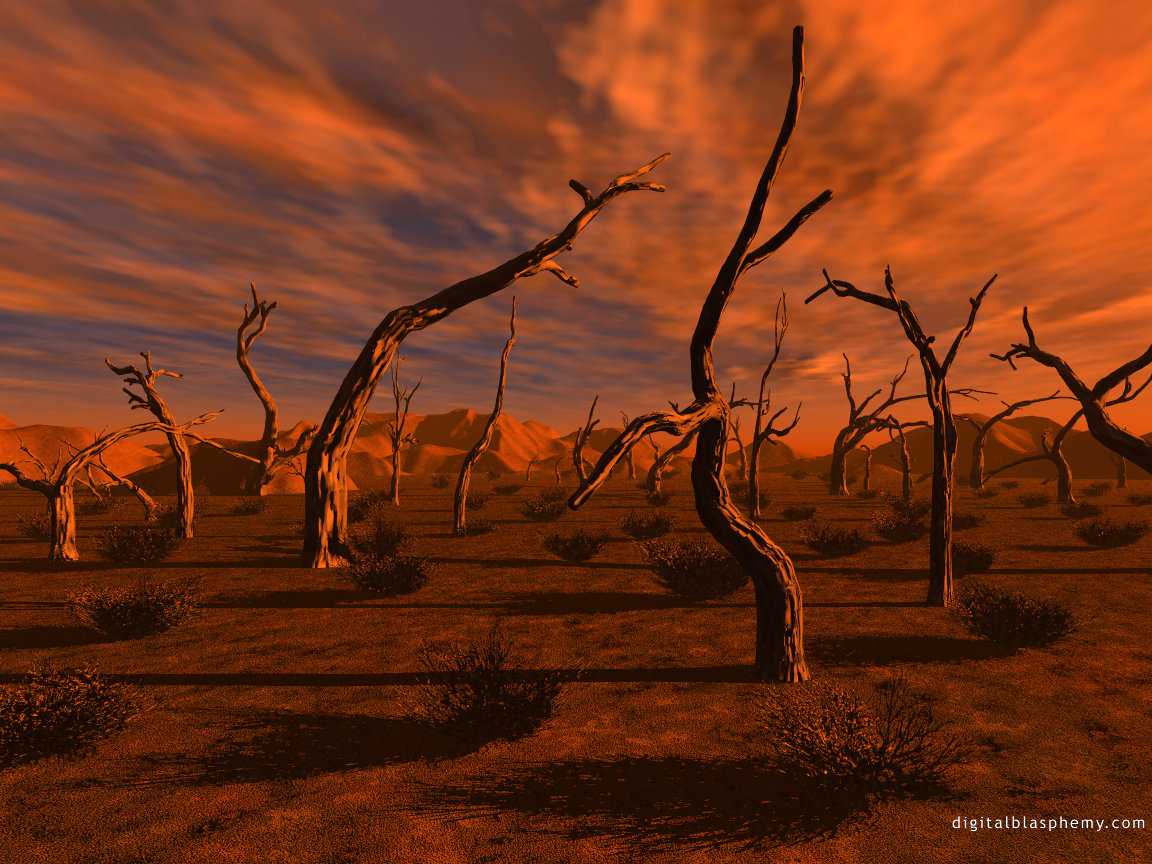 "To preserve liberty, it is ESSENTIAL that the WHOLE BODY of the people ALWAYS possess arms and be TAUGHT alike, ESPECIALLY when YOUNG, how to use them." -- Richard Henry Lee

“To disarm the people is the best and most effective way to enslave them.” -- George Mason, father of the Bill of Rights

The right of self-preservation does not come from Our Constitution as it is a natural right given by God. Our second amendment only REMINDS US of this fact.

Self-preservation IS a "self-evident" truth!

All rights come from God only!

A permit declares that a person needs permission!

NO permits or restrictions as you need NO permission to fulfill the 1st Law of Nature - the Duty of Self-Preservation - a God-given gift!

“ … the right of the people to keep and bear Arms, shall not be infringed.”

The idea to ask permission of OUR government to carry ANY gun as WE please is complete insanity! They are OUR subjects!

"Oh, Sir, we should have fine times indeed, if to punish tyrants, it were only sufficient to assemble the people. Your arms wherewith you could defend yourselves, are gone; Did you ever read of any revolution in a nation, brought about by the punishment of those in power, inflicted by those who had no power at all?" -- Patrick Henry

“The very atmosphere of firearms anywhere and everywhere restrains evil interference - they deserve a place of honor with all that's good.” -- George Washington

“The supreme power in America cannot enforce unjust laws by the sword; because the whole body of the people are armed, and constitute a force superior to any bands of regular troops that can be, on any pretense, raised in the United States.” -- Noah Webster, “An Examination into the Leading Principles of the Federal Constitution (1787) in Pamplets on the Constitution of the United States (P.Ford, 1888)

“The Constitution shall never be construed to authorize Congress to prevent the people of the United States, who are peaceable citizens, from keeping their own arms.” -- Samuel Adams, debates & Proceedings in the Convention of the Commonwealth of Massachusetts, 86-87.

“Guard with jealous attention the public liberty. Suspect everyone who approaches that jewel. Unfortunately, nothing will preserve it but downright force. Whenever you give up that force, you are ruined…The great object is that every man be armed. Everyone who is able might have a gun.” -- Patrick Henry

“A free people ought not only to be armed and disciplined, but they should have sufficient arms and ammunition to maintain a status of independence from any who might attempt to abuse them, which would include their own government.” -- George Washington

“[T]he unlimited power of the sword is not in the hands of either the federal or the state governments, but where I trust in God it will ever remain, in the hands of the People.” -- Tench Coxe, Pennsylvania Gazette, Feb. 20, 1788.

“Americans have the right and advantage of being armed - unlike the citizens of other countries whose governments are afraid to trust the people with arms.” -- James Madison

“Every citizen should be a soldier. This was the case with the Greeks and Romans, and must be that of every free state.” -- Thomas Jefferson

“No free man shall ever be debarred the use of arms.” -- Thomas Jefferson

“Arms in the hands of citizens may be used at individual discretion... in private self-defense.” -- John Adams

“The strongest reason for the people to retain the right to keep and bear arms is, as a last resort, to protect themselves against tyranny in government.” -- Thomas Jefferson

“Firearms are second only to the Constitution in importance; they are the peoples' liberty's teeth.” -- George Washington

“I have a very strict gun control policy: if there's a gun around, I want to be in control of it.” -- Clint Eastwood

“If you think gun control is going to change the terrorists’ point of view, I think you’re like, out of your mind. I think anybody [who says that] is. I think it’s absolutely insane.” -- Kurt Russell

"It's not easy when you see people around you being shot and you don't have a weapon yourself, You feel helpless." -- Rep. Mo Brooks, R-Ala

“If the cabin door of the freedman is broken open and the intruder enter…then should a well-loaded musket be in the hand of the occupant to send the polluted wretch to another world.” -- Samuel Pomeroy, 1868

Natural Rights must NEVER be compromised.

Natural Rights are absolute and can NEVER be amended!

“The right of self-preservation does not come from Our Constitution as it is a natural right given by God. Our second amendment only REMINDS US of this fact.”

Self-preservation IS a "self-evident" truth!

All rights come from God only and Our Constitution gives US NO Rights.

I do NOT trust the Department of Homeland Security!

ONLY "We the People" should decide for ourselves, individually, what is good or bad information.

"Government, even in its best state, is but a necessary evil; in its worst state, an intolerable one." -- Thomas Paine

“Government is not reason; it is not eloquent; it is force. Like fire, it is a dangerous servant and a fearful master.” -- George Washington

“Experience hath shown, that even under the best forms of government those entrusted with power have, in time, and by slow operations, perverted it into tyranny.” -- Thomas Jefferson

"The essence of Government is power; and power, lodged as it must be in human hands, will ever be liable to abuse." -- James Madison
Please log in to like, share and comment!
Load more posts

“Knowledge will forever govern ignorance; and a people who mean to be their own governors must arm themselves with the power which knowledge gives.” --James Madison

Our Freedoms, Our beloved Constitution, Our National Sovereignty, “We the People” and the fact that we are a Constitutional Republic is why the United States of America is and will continue to be the Greatest Nation in the World!

“The people are the only legitimate fountain of power, and it is from them that the constitutional charter, under which the several branches of government hold their power, is derived.” -- James Madison

“I know of no safe depository of the ultimate powers of the society but the people themselves; and if we think them not enlightened enough to exercise their control with a wholesome discretion, the remedy is not to take it from them but to inform their discretion by education.” --Thomas Jefferson

“The essence of Government is power; and power, lodged as it must be in human hands, will ever be liable to abuse.” --James Madison

“Where the press is free and every man able to read, all is safe.” --Thomas Jefferson

“Peace, commerce and honest friendship with all nations; entangling alliances with none.” –Thomas Jefferson

"Against the insidious wiles of foreign influence, (I conjure you to believe me fellow citizens) the jealousy of a free people ought to be constantly awake; since history and experience prove that foreign influence is one of the most baneful foes of Republican Government.” - George Washington


“If the freedom of speech is taken away then dumb and silent we may be led, like sheep to the slaughter.” –George Washington

Article 2 Section 1 Clause 5 of the Constitution of the United States says:

“No Person except a natural born citizen, or a citizen of the United States, at the time of the Adoption of this Constitution, shall be eligible to the Office of President;”

“The only definition of “natural born citizen” that matters is the one held by the Founding Fathers! To assume the Founding Fathers would have allowed a British citizen at birth to become Commander In Chief of the US armed forces is to disgrace the blood of the patriots who earned this nation’s Freedoms and Liberties by their very lives.” –Leo C. Donofrio

“We can all commiserate forever about how bad things have been, are, and will continue to be. But I don’t think that we can afford to wait for elections in order to have our say about putting a stop to this madness. Enough, already! Let’s start talking treason, prison, and death penalties for all malefactors in government who subvert, ignore, skirt and otherwise trash the Constitution of these United States of America. Those who have sworn to uphold the Constitution and have then ignored their oaths of office are guilty of perjury and malfeasance in office.” — Stephen A. Langford (Amherst College, 1963; personal 19 June 2009 communication to this author; by permission 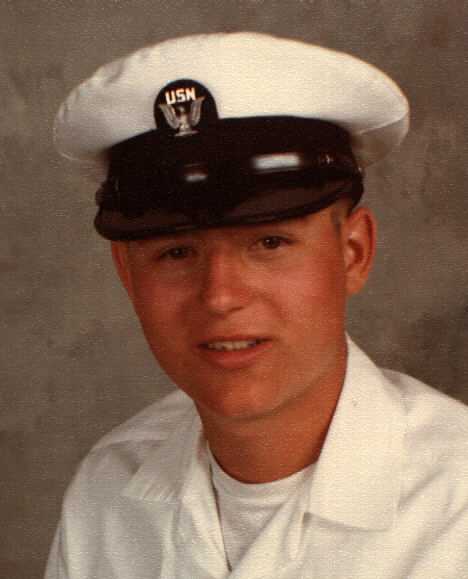