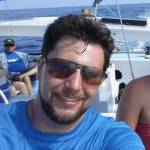 We've been watching Democrats refuse to address black on black murders as a top issue for 3 months straight.  NOW, they have the nerve to put "gun crime" as a focus at the Democrat convention as the war zones of Chicago, Baltimore, Portland and other Democrat-run cities crumble from ever increasing crime and violence.   All while calling to defund the police and destroying the morale of the real men & women in uniform who are in the streets with these victims and putting their lives on the line every day to help those communities have hope of a better life and to walk their neighborhoods without a shooting each day.  IF YOU'RE A DEMOCRAT, please stop and question - how can they care about gun crime when they repeatedly have children murdered while playing inside their homes and refuse to allow federal assistance or use proven methods to tackle the issue? The actual residents of black communities are calling for more police but their political leaders are ignoring their concerns because it's not the story they want us to believe. Why are they using the pain and hardships of black communities as a political tool to blame guns for people who act like animals and have no concern for the lives of people who are barely getting by?  Why are they refusing to even address the issue of 7000 blacks killed by other blacks in a year but allowing and even encouraging the destruction of black communities over 9 black men {unarmed} killed by ALL police in 2019? Why would they  allow the destruction of jobs, lives, local grocery and drug stores to go on for weeks and weeks? How will these people get access to daily goods or work? How will they ever have productive and prosperous lives when they live in war zones? How will removing legal gun ownership and police help communities ravaged by illegal guns and illegal drugs? Who could possibly benefits from the suffering of those communities in cities completely run by Democrats for many years? Why do they remain silent LITERALLY DOZENS are shot in Chicago every week but outraged when there's a mass shooting of 10 people and suddenly gun control is the focus for 2 weeks - usually in a white school? How can they claim to support gays but also defend Sharia which means killing of gays? How can they care about poverty and homelessness when they want millions of illegals to come here every year? How can they care about women but say it's ok for a dude to conquer women's athletics because he says he's decided to be a girl today? How can they care about our kids when they allow men into women's restroom? How can they say science matters but encourage kids in elementary school to "CHOOSE THEIR GENDER"? How can they care about children  but allow the media they control to protect pedafiles like Jeffrey Epstein and totally avoid the subject of Human Trafficking for decades yet spend the last 4 years DOING NOTHING but trying to reverse the last election? How can they care about accountability when they are in bed with the media and provide talking points daily which the media repeats verbatim across countless TV and newspaper outlets? How can the really care about freedom yet use and allow  mass intimidation and violence to silence anyone with an opposing viewpoint on college campuses or the public square? How can they care about blacks when they embrace the racist Margaret Sanger and hide her plan to kill as many blacks as possible through abortion (Google Negro Project)? How do they believe in #metoo yet ignore and destroy women who expose Joe Biden, Bill Clinton, etc? How can the care about education when they shut down the DC charter school that was elevating kids from poverty like never before? How can they care about adversity but attack blacks or women who don't agree with them? How can they care about America when all they do is hate on America's prosperity and focus on the past instead of teaching kids the American dream is alive and well with hard work and determination - NO THEY TEACH A LIFE OF VICTIMHOOD? How can they ban Christianity in schools but call for more teaching on Islam?  How can they care about God and your religion when it's election time but fight for decades to ban Him from government, the public square, schools, football games, and even your business choices? How can they explain all these huge contradictions? They can't. They depend on the schools and media to keep us ignorant. 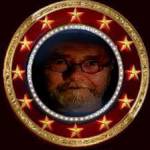 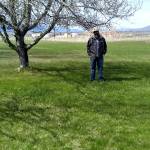 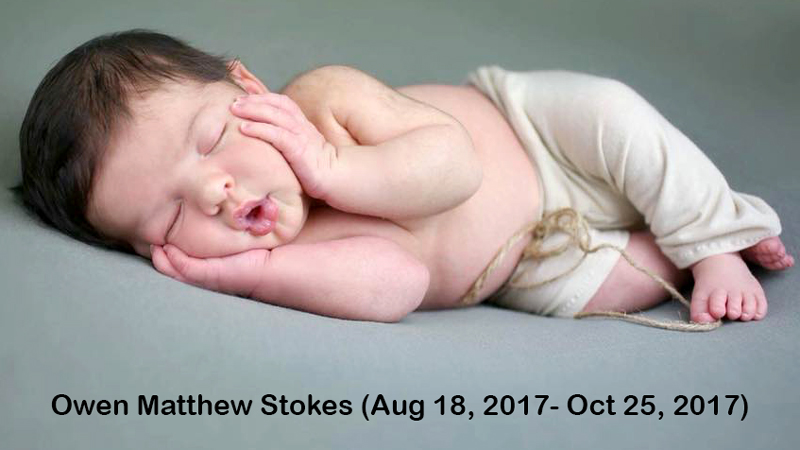 A healthy baby boy dies two days after receiving 8 vaccines, yet the death is ruled SIDS: this is a grand coverup happening to too many children.
Please log in to like, share and comment!

Portland, Oregon, is fining America -- which is to say, fining the nation's taxpayers, who include the city's residents -- $500 every 15 minutes a fence around a federal courthouse in the city blocks a bicycle lane.

The reason that fence is around the federal courthouse is that a subset of Portland's residents whom Portland absolutely refuses to deal with wants to get into federal courthouse, assumedly not just to have a chat with the night staff about the work of Slavoj Žižek. 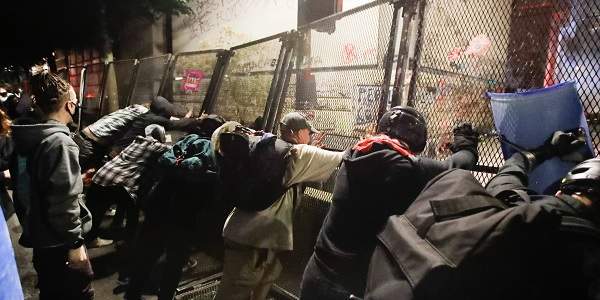 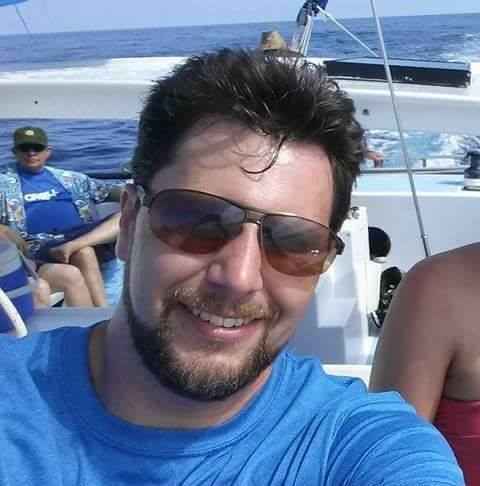